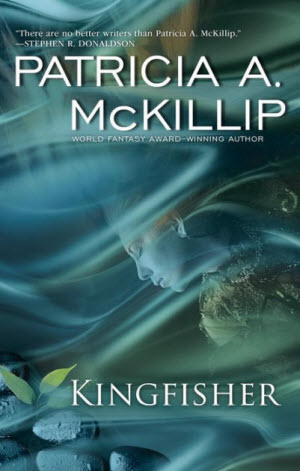 As many of you know, Patricia McKillip died recently. My little corner of the internet has been full of tributes to her, including a wonderful episode of The Coode Street Podcast featuring Ellen Kushner and E Lily Yu. This may be a surprise to younger readers as McKillip hasn’t been that active of late. As far as I’m aware, her last novel came out in 2016, though she may have produced short stories since then. Her first novel appeared in 1973, so she’s been around a long time.

In terms of awards, McKillip’s career includes two World Fantasy wins, and a World Fantasy Lifetime Achievement Award. But she’s only been a Hugo finalist once, and a Nebula finalist twice. She has, however, won four Mythopoeic Awards, and has been a finalist another 11 times, which tells you a lot about the sort of fiction she wrote.

While McKillip largely eschewed series after her initial, and very successful, Riddle Master of Hed trilogy, her publishers made her works instantly recognizable because each one came with a magnificent Kinuko Craft cover. The book I’m reviewing here did not, perhaps because it was her last, and perhaps because it does not address the same fairy-tale themes as those Craft-covered books.

Kingfisher is Arthuriana. Indeed, it is the same piece of Arthuriana that Nicola Griffith mined for Spear, but it has a very different take on the legend of Percival. To start with, it is set in a modern society with cars and cell phones. While the actual location is not of this world, it seems to me very clearly based on the west coast of the USA. The small, seaside towns, with their seafood restaurants, specializing in crab dishes, remind me a lot of places like Fort Bragg. McKillip was born in Oregon, and lived there for much of her life.

Welcome, then, to the land of Wyvernhold, still ruled over by King Arden, though the 9th of that name. The world has moved on a lot since it was necessary for bold knights to hunt mythical creatures. While jousting and swordplay are still popular, these days knights prefer black leather to full plate, and they get around on motorbikes, unless they are very rich like Gareth May (Gawain) or Leith Duresse (Lancelot) and have a chauffeur-driven limousine.

In McKillip’s book, Perceval is not a young Welshman, he is a son of Lancelot. In fact Leith has two sons: Pierce and Val, but it is Pierce, the younger, who is our hero. I suspect that McKillip did this because she wanted to give Lancelot a shot at redemption, but I can’t ask her now and I doubt that she’d answer if I could.

More true to the tradition is that Pierce has grown up in obscurity, raised by his mother, the sorceress Heloise. She left court years ago, leaving Val in the care of Leith, because of Leith’s affair with Queen Genevra. But, as young proto-knights must, he chooses to leave her and seek his fortune, and his father, at court. And he does this just in time to partake in a great Quest for a mysterious object that might be a cup, a bowl, or a flowerpot. The knights can’t get much sense out of Sylvester Skelton, the king’s wizard.

That’s not Merlin, by the way. There’s a strange old man called Merle who lives in the seaside town of Chimera Bay, where the Kingfisher Inn is located. And when I say “strange”, I do mean that he has some very odd habits.

And then she saw her father, in the meadow under the soft touch of moonlight, changing into shape after shape in an intricate dance of power, or the constant folding and refolding of life in all its variations. Man became wolf became deer became hare became bear became cougar became porcupine became salmon leaping out of the water, became white heron became owl, soundless in the transfixed eye of the moon.

She, by the way, is Carrie, Merle’s daughter, who works as a cook at the Kingfisher. She has a key role in the plot.

Which brings us to cookery. Food is a major element of the story. Heloise has become a cook and runs a restaurant called Haricot in Desolation Point on far-north Cape Mistbegotten. Food is served at the Kingfisher Inn too. And then there is the mysterious Todd Stillwater, whose restaurant serves the most amazing concoctions that taste heavenly but always seen to leave diners more hungry than before.

There is much more in the book. Key to the story are the two great rivers, the Severen, and the Calluna, that intersect at Arden’s capital city of Severluna. They represent the sun god, Severen, and the moon goddess, Calluna. There is gender politics. There is some dispute as to which of these gods the thing that we must not call a Grail belongs to. And then there are the Knights of the Rising God, a group of knights who are exclusively devoted to Severen and are as thuggish and inconsiderate as any group of young, male religious fanatics.

This being a modern-day story, we have female knights, in particular Dame Scotia Malory, a descendant of the infamous writer who produced a, probably rather fanciful, biography of the original King Arden. If by now you have come to the conclusion that McKillip is just having fun writing Arthurian fanfic, you’d be dead right. But then all Arthuriana is fanfic of a sort.

There are echoes of The Tempest in the book too.

So there is love of the stories, there is gender politics, there is paganism, there is occasional comedy (often at the expense of Lancelot or Merlin), but above all there is enchantment.

Once our true realm ran from one horizon to the other, from day to night; you could move from one end to the other with a wish. A step. […] Now time gets in the way.

As our heroes will discover, there is such a thing as enchantment. You can be ensorcelled, and find that your mind is not your own. But sometimes there is worse. Sometimes you can be disenchanted.

To read a Patricia McKillip book is to be enchanted. Now that there will be no more, we are, in a way, disenchanted. Fortunately I have not read all of them. There is magic yet to come.