William Blake vs The World 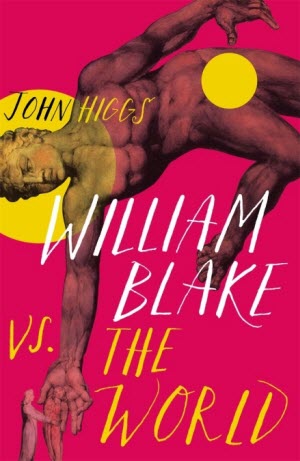 Why, exactly, is Cheryl reviewing a book about William Blake in a magazine about science fiction and fantasy? Well, because alongside Tolkien, Blake is Britain’s greatest mythographer. One could make a case for Geoffrey of Monmouth as well, but it seems likely that he stitched together his history of Britain from folk tales already extant at the time, whereas Blake and Tolkien were both engaged in substantial creative activities.

Blake himself probably wouldn’t have seen it that way. He is more likely to have said that he was just explaining the world the way that it was, and that everyone else’s understanding of Christianity and the Bible was wrong. He was idiosyncratic and stubborn like that. But one of the interesting claims made in John Higgs’ book, William Blake vs The World, is that Blake benefited from a something similar the synaesthesia, and actually did see the visions that he claimed he saw, without any aid from mushrooms and the like.

Of course, my own interest in the book was also historical. Having had to do a deep dive into 18th Century ideas about gender for a talk on Charlotte de Beaumont, I was hoping that a book about Blake might further enlighten me. Sadly Higgs is not overly interested in Blake’s ideas about gender. He does indicate that is aware of the issue, noting:

Blake appears to have been cisgendered and heterosexual, but there may have been a transgender aspect to his sense of self when it was let free in his imagination.

So Higgs is familiar with the terminology of trans issues. Also he later lumps Mumsnet in with 4chan and the Mail Online as examples of places people who want to live in Hell might choose to frequent. However, he doesn’t really follow up on Blake’s interest in androgyny. Higgs has also left me wanting to know a lot more about an 18th Century Christian sect known as the Moravians, of which he writes:

The Moravians preached that union with Christ could be achieved through both marital and extramarital sex and gender transgression. Each individual Christian was considered to be the bride of Christ, and therefore female in terms of spiritual sexuality. They practiced visualisation exercises, which focused on the wound in Jesus’s side, in order to better understand the spiritual nature of being penetrated by the male Christ.

Apparently modern-day Moravians have deviated sharply from these teachings.

Of course Higgs’s book isn’t really a history book, it is a book about Blake. Fortunately for him, it is not his job to explain the 18th Century to us. Explaining Blake is quite a big enough job for anyone. When he does get into history he’s liable to mess up, such as here:

Many early Christian thinkers saw the material body as the prison of the immaterial soul, and henceforth something to be despised. The practice of self-flagellation which runs throughout Christian history is a product of ideas such as this, although thankfully few took it to the lengths of the third-century Christian theologian Origen of Alexandria, who is said to have castrated himself for God.

Higgs seems unaware that, while there is no proof that Origen was castrated, becoming a eunuch to demonstrate one’s piety was very popular in the Byzantine empire and hundreds, if not thousands of Christian monks did so.

But let’s get back to mythography. The world that Blake created was very different from Tolkien’s in many ways, because Blake was trying to understand the real world as he saw it, whereas Tolkien was very clear that he was practicing subcreation. Nevertheless, comparisons can be drawn and Higgs does not shirk from the challenge. He writes:

If we were to compare his writings to that of the later English mythmaker J.R.R. Tolkien, then Songs of Innocence and of Experience was Blake’s Hobbit, the Bible of Hell was his Lord of the Rings, and his nineteenth-century works were his Silmarilion.

I am not sufficiently well versed in either the works of Blake or of Tolkien to comment on the veracity of that comparison, but it is interesting that it has been made.

The other obvious connection between Tolkien and Blake is that both make use of the name “orc” for a violent adversary. In Tolkien orcs are a species of violent creatures bred by Melkor in mockery of the elves. In Blake Orc is a spirit of violence and destruction and an enemy of Urizen, the embodiment of authority.

The connection between the two orcs is somewhat nebulous. For example, here Matthew David Surridge is adamant that Tolkien’s orcs have no etymological connection to Blake. The accepted wisdom is that Tolkien took “orc” from the word “orcneas” which comes from a line in Beowulf listing “eotenas ond ylfe ond orcneas” as various enemies of God. Tolkien says as much in a letter to Naomi Mitchison. But he also says that he chose the word for its sound as much anything else.

As a professor of English at Oxford, Tolkien must have been aware of Blake. He was probably also aware that Blake created the character of Orc as a spirit of violent revolution, not in response to events in France, which were then still in his future, but following his witnessing of the Gordon Riots in London. In these riots, an anti-Catholic mob stormed the city’s prisons, ostensibly to free their colleagues held within. Catholic churches and the homes of Catholic notables were also attacked and looted. Over the space of a week, 850 people were killed in the rioting. Tolkien, being a devout Catholic, may have taken note of this.

Incidentally, the Gordon Riots were named after a populist politician whose intemperate ranting had inspired them. Higgs notes:

George Gordon was sent away as a child and bullied at Eton, then entered the Navy where he was considered ‘a damned nuisance wholly unsuitable for promotion.’ A seat in parliament was subsequently bought for him, where he was considered something of a joke. Privileged, narcissistic and generally mediocre, personalities like Gordon are sadly familiar in this history of populist violence.

Like Higgs, I will leave it to the reader to discern which contemporary politician might be being referenced here.

The key element of Blake’s mythmaking, and something that sharply distinguishes him from the many Tolkien imitators in epic fantasy, if not entirely from Tolkien himself, is his belief in the inappropriateness of demarcation. Blake lived at a time when a rush of new discoveries in science was encouraging intellectuals to sort the world into boxes. Categorisation was the fashion. And with it came a passion for abandoning nuance and concentrating on difference. We are still living with the effects of that today.

This application of reason to sort everything into its place was seen by Blake as the triumph of Urizen, the authoritarian god of rationality, whom Blake characterised in ways very similar to the god of the Old Testament (most famously in the artwork on this issue’s cover). But Urizen was only one of four related deities, the “four zoas”. The others – Urthona (creativity), Luvah (emotion) and Tharmas (physical senses) – were, in Blake’s view, lessened by the triumph of Urizen, and the world was poorer for their being side-lined.

Blake lived to see and be horrified by the Napoleonic Wars, which touched much of the known world at the time. He would have seen Urizen very much at work in the Nazi focus on eliminating people they deemed inferior but would probably have despaired at the need for the likes of Churchill and Stalin to lead the resistance against Hitler. If he were alive today, he would probably be railing against the far right and its quest to set everyone against everyone else.

The greatest irony of Blake’s legacy is that a hymn he wrote calling for the tearing down of the establishment, and poking fun at places such as Eton, is now seen as the embodiment of the myth of English superiority. If anyone out there is writing epic fantasy, what the world needs now, and England needs in particular, is a little more William Blake in its mythology, and a little less focus on Good v Evil.