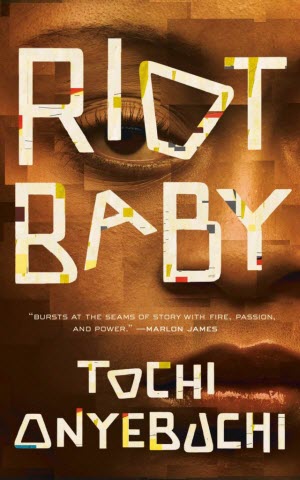 It is a good job that Worldcon is later in the year this year, because I have only just made a start on my Hugo reading. Then again, three of the Novella finalists are works I had nominated (and I have read five of the Novels), so I’m in a pretty good position.

I hadn’t read Riot Baby before I got to fill in my ballot, but had I done so it may well have made its way onto my list. It is an incredibly powerful book. The baby of the title is Kevin, who is born at the same time as Los Angeles is being torn apart by riots following the death of Rodney King in 1991. The supernatural element comes from Kev’s elder sister, Ella, who has “a Thing”; that is, supernatural powers.

Following the riots, Kev and Ella’s mother decides to leave LA and move to New York. It is an understandable reaction, but makes no difference. Institutional racism pervades all the USA. As a young Black boy, Kev’s future is predictable. He might be very smart, with a hard-working and respected nurse for a mother, but he’s caught between the gangs who want to recruit him, and the police who want to put him jail. The police win. Kev ends up in Rikers Island.

Riot Baby is a very angry book. In this interview for Salon, Tochi Onyebuchi makes it clear that the book is not for white people. He wrote it for his fellow Black people, who have every right to be as angry as he is. Mostly the book is about the prison-industrial complex in the USA. There is a conveyor belt which takes young black men off the street, on the slightest pretence, into prison, where everything conspires to keep them there for the rest of their lives. They are slaves in all but name.

Interestingly, parts of the book are set a few years into the future. Here Onyebuchi looks at how technology will change policing. With the Internet able to keep tabs on people at all times, and algorithms used by the criminal justice system packed with anti-Black bias, the results seem inevitable. You don’t need a crystal ball to make these predictions.

As Onyebuchi suggests in the Salon interview, if Ella uses her powers to help anyone, she will always be Magneto, never Black Panther. Does that mean that her powers are useless? Or does she have to go full on Killmonger to have any chance of success?

In the interview, Onyebuchi is asked why any white person would read Riot Baby. Isn’t that just self-flagellation? Well perhaps. But clearly there are still many white people out there who don’t know how America really works when you are Black. Or if they know it doesn’t seem important to them. And then they wonder why all those Black people are suddenly so angry. Elsewhere people like Lewis Hamilton are trying their best to remain calm, educate people, and change the world. That’s great, more power to them. But racism is a bit like climate change. If we ignore it for too long, one day it will be too late.