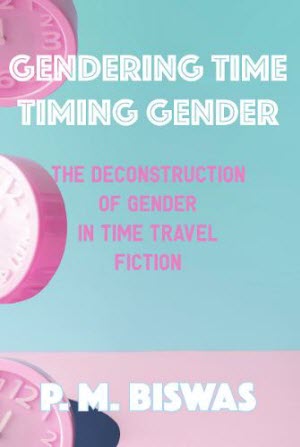 One of the things I greatly admire about Francesca and the crew at Luna Press Publishing is their commitment to non-fiction. Obviously I benefit from that in terms of being published in their Academia Lunare series, but they also do serious academic work.

The good thing about that is that young academics can get work published is a format that doesn’t require readers to sell a kidney or two in order to purchase the book. The downside is that academic writing isn’t always very readable. A problem with a lot of Humanities work is that academics are expected to work within theoretical frameworks laid down by their illustrious predecessors. Literary theories like to think that they are like scientific theories, but they are not, they are just a lens through which works can be viewed, and with which arguments can be made.

A potentially serious issue with such theories is that they often rely on invented terms, the meaning of which may not be clear to a casual reader. Or worse, they redefine familiar terms in completely unfamiliar ways. It is possible to develop literary theories in a way that is easily understandable by the casual reader. Farah Mendlesohn’s Rhetorics of Fantasy is an excellent example, and I have seen it used a lot by reviewers. Not all such theories are so accessible.

All of this preamble is there to say that we shouldn’t hold it against young academics if their work sounds a bit like gobbledigook at times. They may well have wanted to have written something more accessible, but in order to have their work accepted by their supervisors they need to write in a way that is approved by the academic establishment.

The thing that kept tripping me up reading Gendering Time, Timing Gender, by PM Biswas, was the question of what it meant by “time”. I felt that the book was constantly confusing physical time, in which the past is followed by the present is followed by the future, and stereotypical linear narratives, in which stories are expected to unfold in a certain way.

This isn’t Biswas’s fault. I think she got the idea from Jack Halberstam’s concept of Queer Time. Halberstam talks about how in Straight Time a child’s life story is deemed to be set at birth, and is critically dependent on the gender that was assigned to them, and on assumptions of cisheteronoramtivity, whereas in Queer Time life stories can be very different. Nevertheless, in both Straight and Queer Time, time itself continues inexorably forward. This doesn’t matter when you are talking about people’s lives, but it becomes much more important when you are discussing the science fictional concept of time travel.

Further complicating matters is the fact that the book starts with a consideration of Virginia Woolf’s Orlando. In the story, Orlando does travel through time in a sense, in that they undergo periods of extended sleep while time continues past them. But they never go backwards in time. The other two subjects, Heinlein’s “All You Zombies” and Everett Maroon’s The Unintentional Time Traveler, do involve backwards time travel. Both of them therefore queer physical time’s arrow as well as the linear narrative of the characters’ lives.

Once I got this all straight in my head I enjoyed the book much more. It does have interesting things to say about all three books. I was also particularly struck by this comment in the introduction:

There is a need for more scholarly engagement with this trope, because there are now enough works of speculative fiction exploring gender through time travel that it has become an identifiable subgenre of its own.

I can remember when there were so few science fiction books about trans people that it was possible to know and have read them all. I’m delighted that this is no longer the case.

Biswas has some very interesting things to say about Orlando. It’s a book that I have not paid much attention to, partly because Orlando’s transformation is magical rather than medical, and partly because I find Woolf’s prose unreadable. Biswas, however, has found some elements which show Woolf had some understanding of the trans condition:

While Orlando is always quintessentially Orlando, there are certain new behavioural and functional traits that are associated with the gender performance of her newly acquired womanhood. These traits are slowly accrued by Orlando through an automatic, unselfconscious social mimesis, but they are acquired habits and are by no means innate.

One of the axioms of the so-called “Gender Critical” movement is that gender socialisation is acquired from the moment that gender is assigned, and cannot then be altered. Therefore anyone assigned male at birth will always behave as a man, and will always be a danger to women. Woolf calls bullshit on this idea.

Heinlein, on the other hand, makes the same mistake that John Varley makes in Steel Beach. He assumes that gendered behaviour is intimately connected to gendered biology and will change immediately on the occurrence of biological changes:

Everett Maroon’s book is unfamiliar to me, but it sounds very interesting from what Biswas has to say about it. I suspect that, like Torrey Peters’ Detransition Baby, it will be easily misrepresented by anti-trans extremists, especially those who happen to hold a philosophical belief that allows them to claim that they, and they only, know the True Meaning of each book that they read. (And you can see how this might appeal to an author who hates fans reading things she doesn’t like into her books.) But books which explore the trans experience through fiction are important and necessary. I guess I should get myself a copy of Maroon’s book.

Which brings me back to Biswas’s book. Any academic text that leads me to want to read the works that it discusses has clearly done its job.