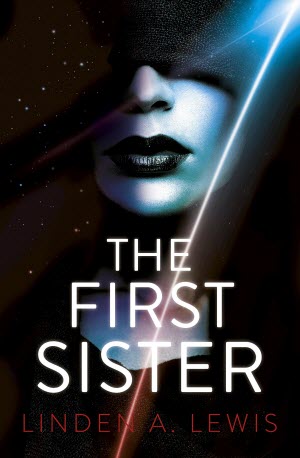 This one is a science fiction debut. It is solar system based, but sufficiently far removed from our time to feel more like space opera than The Quiet War or The Expanse.

There are two major civilisations. Let’s start with the Icarii, who control Mercury and Venus. Their society is essentially capitalist, with a strong arts and science interest. Wealthy Icarii are extensively engineered in the womb to look beautiful. They have made all sorts of technological advances. The top military agents are “duellists” — pairs of elegant warriors with programmable blades, telepathically linked via devices implanted in their skulls.

Our viewpoint character is Lito sol Lucius. He’s a kid from the lower reaches of Cytherea, the main city on Venus, who by strength of will and talent has made it into the duellist corps. Up until recently, he was partnered with Hiro val Akira, but following the conquest of Ceres by the enemy the pair have been separated. Hiro is the black sheep of the immensely wealthy Akira family who control much of Venusian industry. They are non-binary, and show little interest in becoming a cog in the family machine. This does not please Akira’s autocratic father one bit.

As for the enemy, that would be the Geans, who control Mars and Earth (though the latter seems not to be in a fit state for much inhabitation). They have a much more authoritarian society, controlled by two major organisations, the military and the church. However, this is not a church we would recognise. It worships a mother goddess, and its priestesses are seconded to the military as spiritual counsellors, confessors, and providers of sexual services.

Our other main character is the titular First Sister. She has no name, nor a voice. Both were taken from her when she entered the priesthood. As First Sister of the battleship Juno, she has been the exclusive companion of Captain Deluca. He is due to retire from service, and has promised to take her with him. But something goes wrong and the First Sister finds herself stuck on the Juno with a new Captain, Saito Ren. Captain Ren is a former Ironskin pilot (think clunky Iron Man suits in space) and the hero of the conquest of Ceres, but she was badly wounded in the battle, losing and arm and a leg. Gean bioscience is well behind that of the Icarii so she has fairly crude prosthetics.

There is one other important aspect to this future world, the Asters. They are an offshoot of humanity, evolved to live in the asteroid belt, and deemed subhuman by both Icarii and Geans. They form an underclass for both civilisations, not quite slaves, but with no hope of social advancement.

There are the Synthetics too, but they have gone off to live beyond Jupiter and promised faithfully to destroy any humans who trespass on their territory. I presume we’ll meet them in a future novel.

That’s the world that Linden A Lewis has created for The First Sister. The plot is essentially one of espionage. Both main characters are agents of their governments. Lito is given a new partner and sent back to Ceres with a mission to assassinate The Mother, the head of the Gean church. The First Sister is asked to spy on Captain Ren because in a society like the Gaens you can bet that the two organs of state are always plotting against each other. One of the beauties of the book is the way in which Lewis has both protagonists trapped by their superiors into doing things they strongly dislike because the costs of disobedience are even more horrific.

Having noted that one of the lead characters was in enforced sexual slavery, I was a little worried that the book would contain a lot of sexual violence. I’m happy to say that’s not the case. Obviously the priestesses are exploited, but they perform other functions as well as they are shown learning skills to navigate the situation rather than just being painted as victims.

I have found that the secret of smiling even if you don’t feel like it is to focus on something else instead of where you’re looking. I imagine my harboured daydreams of living on solid, gravity-controlled land with a house and a little garden of my own, grown for the glory of the Goddess in peaceful quietude. That always makes me smile trues, so when Jones looks at me, he sees love and thinks it’s for him.

Something else I liked about the book is the occasional attention to architectural detail.

The building’s stocky construction favors the Gean Modernist style. The bottom floors curve with the elegance of florals, punctuated by jutting spurs reminiscent of bones. The walls shimmer with ceramic scales as iridescent as an insect’s wings in soft pinks and blues. The double door handles taper in the middle from the swelled knots on the ends like a human femur. On the second floor, balconies protrude with the sharpness of a jawbone. The windows are bare ports, no two the same, and split as natural rock would be. Each opening is filled with grasping green plants that climb upward or dangle to the floor below.

I suspect that Gean Modernist architecture owes a certain amount to the influence of Gaudi.

That’s about as much as I can tell you without going into detail on the plot. I should note that I fairly raced through the book because I was keen to find out what the heck was going on. I should also note that there are some pretty spectacular plot twists. I’m not entirely sure that it all hangs together, but it was good enough to make for an entertaining story that ends a fairly satisfying way while setting us up for a sequel (a trilogy is promised). As a debut it was very impressive. I hope this book does well, because I’m sure that Lewis will get even better with time, and I don’t want to see them dumped because early sales aren’t good enough for the publishers to put any effort behind the rest of the series.