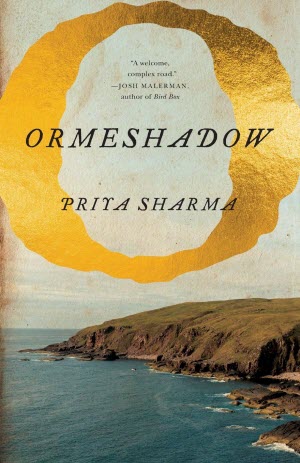 I bought this book as a direct result of the “Addressing Our Biases” episode of Breaking the Glass Slipper. It reminded me that Priya Sharma is one of the nicest people that I have ever met, and while I’m unlikely to review an entire short fiction collection, she does have a novella out too.

Ormeshadow is a very English story. It also reminds me of why I hate the Georgians so much. It is a period of British history that is deeply patriarchal and misogynist, had a massive gulf between the rich and the poor, and the rich were making a fortune out of the slave trade. Nothing in Ormeshadow is on the level of a Hogarth etching, but it is nevertheless a story of good people fallen on bad times, and on the mercy of cruel and selfish people.

Gideon Belman is the son of a middle-class family living in Bath. His university-educated father had a good job as a private secretary to a rich man, but something has wrong and the family has had to sell everything and head north to the Belman family farm. In theory Gideon’s father owns half of it. In practice it belongs to Uncle Thomas, who is a violent drunkard.

Mostly the story is domestic drama about awful people being awful to everyone else, but seen through the eyes of an innocent young boy. A particularly interesting character is Gideon’s mother who is very beautiful and determined to use that beauty to get her own way, whatever the cost. On the one hand, as a woman in Georgian England, she’s making use of the only advantage that she has. On the other, she’s abominably selfish.

Naturally things go bad very quickly, and poor young Gideon’s only solace is the collection of stories about the local dragon that his father had told him. Things get wrapped up in a way that is far too neat and far too easy to be anything other than fantasy, but it is all beautifully written so I don’t want to complain. And frankly, none of us wants to live in a Hogarth etching, even if that’s the way his world really was.