Fond as I am of Tiffani Angus, I have to admit that her debut novel, Threading the Labyrinth, was pretty much crafted not to appeal to me. It is about gardens, and spends a fair amount of time in the 18th and 19th Centuries. It is therefore to Angus’s credit that she kept me reading all the way through.

The main viewpoint character of the book is Toni Hammond, an American art dealer whose business has fallen on hard times. When she is suddenly contacted by lawyers from the UK to inform her that she’s inherited an actual, if thoroughly dilapidated, stately home, she sees a way out of her financial troubles. Leaving her business in the hands of her faithful assistant, Kevin (presumably based on Chris Hemsworth’s character in the all-women Ghostbusters), she heads to England to see how much she can sell the place for.

Toni’s ability to make money from her inheritance is dependent very much on its value as an historical artefact. Sure, she could sell the land for development, but what if it were more valuable as history? Enter Lauren Ellis of Country Legacy, an organisation that specialises in Heritage sites. It turns out that Toni’s inheritance includes an actual Tudor Walled Garden.

Here we get deep into Angus’s historical specialism. Fashions in English gardens have changed much over the centuries. In Tudor times there were both more cultivated and functional. You grew things there, and you demonstrated your mastery over nature by bending it to your will. The Georgians, on the other hand, wanted something much more open and wild, with fabulous vistas of a river or lake, and a petite Classical temple in which to hold bacchanalian parties.

The majority of the book, therefore, looks at the history of the house and its garden, and why such an ancient garden might have survived to modern times. Inevitably there are ghosts and fairy folk involved.

This gives the book the structure of a number of short stories, each set in a different time period with a mostly different cast of characters, though with familial connections. These are linked together by the family trees and by sections in which Toni and Lauren explore and get to know the history of the house.

For some readers this may result in a fair amount of confusion. We keep skipping time periods, the past periods aren’t visited in historical order, we can easily lose track of who is who. The book has been published as eBook only due to the current difficulties in selling physical books. For the paper edition I suggest that a family tree section, both for the noble family that owns the house, and the gardeners who tend to its grounds, might help. On the other hand, this might be too much of a spoiler.

My favourite section was the 20th Century one featuring Irene, a young woman from London who has volunteered as a Land Girl and ended up billeted at the house. I found her by far the most interesting character in the book.

Warnings about structure aside, this is a fun book for anyone who enjoys the creepy side of English Magic. If you enjoyed books like Jonathan Strange & Mr Norrell, or The Golden Key, then there’s a good chance that you’ll like this one too.

As for me, it gave me more reasons to hate the Georgians. But what I really want now is for Angus to write a more focused historical fantasy about the early development of photography and cinema. There’s plenty of material in the UK. 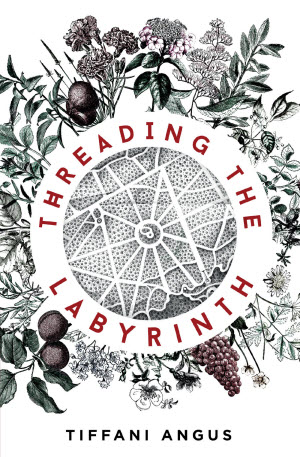