I guess the first thing I should say about this book is that you should pay no attention to the daft quote from Publishers Weakly that you can find on the back cover. In no way is Goldilocks space opera. It is near future hard SF with a feminist edge. In the Acknowledgements section, Laura Lam has a long list of scientists whom she consulted with the get the details right. The result is the sort of book that Kim Stanley Robinson would be praised to the skies for writing. As it is written by a woman, and published in the UK by a mainstream imprint during a global pandemic, I worry about its chances. Hopefully this review will help it reach a wider audience.

Goldilocks is set in a time not too far from ours. Climate change is a much more urgent problem, as is the increased choking of our environment with our refuse. Developed nations have instituted stringent taxes on couples who have more than one child, and there it a general retreat into right-wing politics. Part of this trend is that women are being forced out of the workplace.

The one ray of hope for humankind’s future appears to be Plan(et) B. Brilliant technology entrepreneur, Valerie Black, has been working on the Alcubierre warp drive. (Yes, it is a real idea.) At long last the ship is ready to go. With the help of NASA, an experimental warp portal has been built in Mars orbit (no, not Earth orbit, are you crazy?). The starship Atalanta is ready to leave. The chosen destination is Cavendish, an Earth-like planet in the Goldilocks zone of its star, and well within the reach of the warp drive.

Val, whose company has done most of the work on the Atalanta, is looking forward to leading the Cavendish expedition. However, President Cochran is determined that the honour of space exploration should be reserved exclusively for men. Val is eased off the project and an all-male crew selected. So Val does the only thing left to her. Using her company’s resources, she puts together an all-female crew, takes them up with her in a shuttle, and steals the Atalanta.

That’s the story as it unfolds in the first chapter or two. Almost immediately after they leave Earth, things happen to the crew that I can’t tell you about. You need to find out for yourselves. Suffice it to say that some of the crew have secrets, and this is not going to be a game of happy families.

The narrative on board the Atalanta is told from the point of view of Naomi Lovelace, the ship’s biologist and Naomi’s adopted daughter. This story is intercut with backstory that fills in important details of Naomi and Val’s lives before launch. There’s a whole bunch of human drama, much of it stuff that most male authors would never think of writing about.

‘That was the problem, wasn’t it?’ she asked him, softly. ‘In the end, we loved our careers more than each other. Or you wanted to stay married to your work and you were only too happy to let me divorce from mine. You wanted to trot me out as an astronaut’s wife, but that’s not all I wanted to be.’

As well as the space science, Lam has thought about what is likely to be happening back on Earth. Remember that books can take a year or more to write, and then probably another year before they see publication. Given that I was reading it now, I was taken aback to find this.

Flu vaccines were growing less protective every year, making each year of Evan’s work harder. Illnesses spread as quick as wildfire in crowded areas teeming with refugees. Even in the more affluent areas, young professionals were crammed in close quarters, renting overpriced bunk beds with up to thirty people in a dorm. If anyone had a cold, it’d jump from bunk to bunk, through those flimsy blackout curtains that gave the illusion of privacy, and then spread to the overworked people’s offices. Sick pay was something technically available, but never taken.

Not bad, Ms. Lam, not bad at all. Not that science fiction is in the business of predicting the future, but it can paint possible futures and that one now seems all too real.

Finally, of course, there is the whole feminism thing. An all-women crew headed to a new world to found a utopia? Yeah, right, it isn’t going to be that easy. Which is entirely the correct decision.

There’s some good naming going on too. You’ve probably noticed the Lovelace. You should know why the destination planet is called Cavendish. And it is entirely in keeping with President Cochran that he should call his response to the theft Atalanta II rather than Hippomenes. Well played again, Ms Lam.

In summary, Goldilocks is a book that ought to make a mark on the history of science fiction. As I explained above, there’s a bunch of reasons why it might not. Good science fiction by women is generally quickly forgotten. Hopefully, in our brave new world of women winning All The Hugos, this one won’t be. I’ve said my bit. Whether it is or not is now down to you. 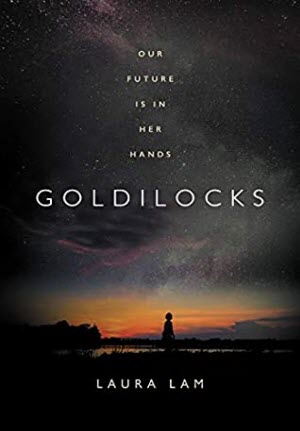