The Book of Flora The third book in a trilogy is not an easy thing to review on its own. Fortunately I have help. The Book of Flora is the final part of Meg Elison’s Road to Nowhere series. The first volume, The Book of the Unnamed Midwife, won the Philip K Dick Award. The sequel, The Book of Etta, was a finalist for that award. And The Book of Flora was on the Otherwise Award Honour List this year. That’s a pretty impressive record.

The books are set in a post-apocalyptic world in which plague has drastically reduced the population of the USA and civilisation has collapsed. Significant climate change has also happened, because it is possible to sail from Florida to California. The series title is a bit of sleight of hand because one of the major locations of the series is a community called Nowhere which, at least for a time, is shown as semi-utopian.

The first book tells of an ob-gyn nurse from San Francisco who travels the world disguised as a man (for safety) helping rescue women, and helping effect successful pregnancies. Although the plague has killed more men than women, it was not a Y chromosome plague of the type beloved of apocalypse writers. It has, however, made childbirth much more difficult, and this has inevitably made things very bad for women.

The Book of the Unnamed Midwife is to a large extent a book about sexuality. With fewer men, and many women not being fertile, in the world, polyandry has become commonplace. Same sex relationships are also accepted in some places, though some communities cling to old-world religious beliefs and others fetishize the need to breed.

The Book of Etta is more of an exploration of gender. The title character was assigned female at birth but spends a lot of time on the road as Eddy. Unlike with the Midwife, this is not simply a disguise. Eddy embraces his masculinity, though she has to go back to being Etta when at home in Nowhere. Eddy is joined by Flora who was sold as a catamite when very young and has been castrated. She has happily embraced femininity, and was lucky enough to fall in with a group of “horsewomen” – trans women who know the secret of distilling estrogen from mare’s urine – so she has had some hormone treatment as well.

If you want a detailed review of the first two books, you can find one at Strange Horizons. Thank you to Kelly Jennings for that. I’m going to drive straight into The Book of Flora. Because of the issues that need to be discussed, what follows is going to be quite spoilery.

The Book of Etta ended when Eddy killed the Lion of Estiel, a wannabe warlord who had conquered and destroyed Nowhere. The Book of Flora follows on more or less immediately from that (as opposed to the long gap between the first two books). The survivors of Nowhere have taken refuge in an underground community ruled by a charismatic and manipulative Prophet called Alma. Much of her power comes from her outrageous fertility, which marks her out as goddess-touched. This is not an environment in which the likes of Eddy and Flora will be comfortable.

The majority of the book is therefore set on the road, and for a large part of it Flora and Eddy are joined by Alice, a cis woman who is a brilliant herbalist but also naturally beautiful, and socially clueless in the way that only people who have never had to want for friends can be. Both Flora and Eddy are in love with her. They are later joined by Connie, an intersex child whom Flora rescues from slavery and adopts.

Connie’s particular variation is one known medically as 5-alpha-reductase deficiency (5-ADR) and popularly as guevedoce. That means that they have a Y chromosome, but their masculinity does not express itself until puberty. Such people are assigned female at birth, and appear to magically change from girls into boys. The variation is believed to be the origin of various mythological stories such as Iphis and Ianthe from Ovid’s Metamorphoses. Certainly, the variation was known to Romans as Pliny claimed to have met someone who had gone through that change.

This gives us a very complicated mix of genders, and Elison struggles a bit to find what to do with it.

Much of the point of the series is to examine how we might build different types of society in a post-patriarchy world. The Lion of Estiel’s attempts to re-establish patriarchy have failed, and Alma’s religious matriarchy is soon abandoned as too oppressive for non-queers. What other options are there?

At one point Flora travels to the city of Shy (Chicago – the series is full of cute re-naming of familiar cities). The community there turns out to be entirely female. Initially Flora is afraid of being discovered and killed, but it turns out that many of the women there are like her. One of the locals explains:

Can smiled. “Well, most of us have to decide. I became a woman during my twelfth summer. I was stubborn and I wanted to believe there were some good men, somewhere. When I was apprenticed to a raider who would train me, I learned the truth. I became a woman as soon as I came home.”

Elison is asking us here what it means to be a woman. As far as Alma was concerned, Flora could never be a woman because she could never get pregnant. But in Shy anyone can be a woman.

“Nobody is born a man,” Can said, tucking her face to her shoulder as if to look at her, but keeping her eyes on the road. “You’re born a baby. You’re born naked. Everything after that is something that you learn to do.”

On the face of it, Shy is a paradise. The city is rich, food is plentiful, crime is rare. However, Flora finds that she can’t stay. She would have been very welcome, but she knows that there would be no place in Shy for Eddy. She refuses to accept her own salvation at the expense of his. It is a powerful feminist statement, but it will also prove to be her undoing.

The problem, and it is a problem that arises directly from the way that Elison has constructed the world, is that outside Shy the definition of “woman” is far closer to Alma’s. Flora knows this:

It’s no great crime to live as a man. Men are plentiful and everyone understands why you do it. Women lying with women is a waste, but you’ll hardly get killed for it. Living as a woman without being one is the thing that always stirs hate and violence. As if there is some great deception in it. As if it is the worst kind of fraud. Yet a woman who cannot breed or will not try is never the same sort of problem. And women past the end of their blood are no threat. I am no different from them.

This, of course, is Flora speaking, and I feel her pain. I also understand that trans men, non-binary people and intersex people can experience just as much oppression, but in different ways. To a certain extent, Elison has constructed a world that is particularly antagonistic to Flora.

I don’t think this was deliberate. As this interview explains, the series has taken five years to write, and the story arc was not planned. Elison has been exploring her world as it has developed through the books, and as she has learned more about gender and sexuality. But it is something that she’s stuck with, which makes it hard for her to construct a happy ending.

Flora does get to live to a ripe old age. We know that from the start because part of the book is told from near the end of her life looking back on events. In the time she is writing she’s living in a small colony on Bambritch Island (Bainbridge, across the Puget Sound from Seattle). Word has come that a small army is making its way up the coast, slaughtering most people they meet along the way. They have a tank, and possibly an aircraft. Stories from refugees suggest that the army’s commander is obsessed with the legend of “frags”, women who reproduce by parthenogenesis, and he wants to find them and put an end to them.

At this point I will stop giving spoilers because I want you to be able to experience the denouement for yourselves. I will warn you that it is not easy reading. I see from the interview that Elison re-wrote the ending to make it more hopeful after seeing the result of the 2016 presidential election. Goodness only knows what it was like before.

I will also speculate that some people will be extremely angry with this book. I’m not, but I am disappointed. Writing something like this is hard, and when you have a cast that is a mixture of different, and differently oppressed, people, each trying to stand in for their entire minority group, you are likely to get yourself in trouble. Had I been on the Otherwise jury this year, I would have been tempted to veto this book appearing on the Honour List. That’s not because I think it is a bad book – mostly it is very thoughtful and thought-provoking – but because of its potential to cause offence.

I find that very sad. This is a really interesting series. It asks some great questions and gives you plenty to think about. I also think that Elison tried really hard to make it work. I was, for example, very impressed that Flora chose to walk away from Shy. But writing this sort of thing is a minefield, and it only takes one false step for the whole thing to blow up in your face. 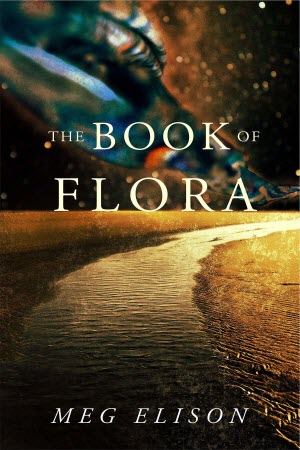