Well, here’s an interesting one. The Golden Key is a debut fantasy from Marian Womack. It is being very heavily promoted by the publisher, Titan. And by “very heavily” I mean adverts on the Tube sort of expenditure. It also has a rave recommendation from Cat Valente who was one of Womack’s teachers at Clarion. That’s a heck of a lot to live up to.

To some extent the book does. What I don’t understand is the combination. That is, a book that Cat Valente loves, while obviously attractive to me, is not necessarily the sort of book that will sell in the volumes necessary to justify adverts on the Tube. Don’t get me wrong, I love Valente’s writing, but it took her a few years to learn the difference between appealing to me and appealing to a more general audience. Womack, I suspect, is not quite there, and I worry about what that means for her career, given the amount invested in it, but she’s definitely someone worth watching.

Meanwhile, back with the book. The Golden Key, as some of you will know, is also the title of a story by George McDonald. It was published in his 1867 book, Dealings with Faeries. The story is also available as a 1967 standalone volume with illustrations by no less than Maurice Sendak. McDonald, a Scot who looked disturbingly like Rasputin, was a friend of Lewis Carroll and has been cited as an influence by everyone from CS Lewis and JRR Tolkien to Neil Gaiman and Peter Beagle, via Mark Twain and L Frank Baum in between. He’s that key figure in the history of fantasy that you have never heard of. Womack is well aware of this. In some ways her book is a love letter to McDonald.

I’m no great expert on the man myself, but I get the impression that he was very good at the creepy, edgy, almost-horror side of faerie. I haven’t noticed Susanna Clarke listed as being particularly influenced by his work, but there was one character in Womack’s book who reminded me strongly of The Gentleman with Thistledown Hair from Jonathan Strange & Mr Norrell. And yes, “Gothic” is a description that could be applied to all three books.

Womack’s version of The Golden Key is set at the start of the 20th Century. Queen Victoria has just died, and a passion for spiritualism is sweeping the country. There are seances, and one of the themes of the book is the question as to whether mediums are really in contact with another world, or are just charlatans. Womack’s answer is “both”, and this is characteristic of her approach to the book in general. We are on a threshold all the time, and nothing is quite true or false.

The main character of the book, at least according to the blurb, is Helena Walton-Cisneros, a lady detective famed for her ability to find that which is lost, reputedly by occult methods. And yet we quickly learn that Helena is a fierce rationalist who was forced to accept the media portrayal of her work as informed by magic because that was the only way she could get the police to take her, a mere woman, seriously.

This feminist streak is also a major feature of the book. Helena spends some time partnering with Eliza Waltraud, a scientist who at one point comments:

“It is curious, to say the least, is it not? The way most female maladies are put down to shock, over-exhaustion, hysteria. It almost seems as if the good doctors are trying to find reasons not to worry about our ailments.”

However, there is more to Womack’s examination of Victorian society than simple sexism. The main plot of the book is about missing children. Helena is hired to find out what happened to the three daughters of Lady Matthews who disappeared in mysterious circumstances many years ago. But children are also going missing now. If they are poor, no one cares. If they are rich but female, many people still don’t care. And there is a suggestion that there might be reasons why girl children go missing. That they might be frightened of adults close to them who force them to do things that they don’t like.

Cat says about the book that it is, “like slipping into a warm bath and finding secret thorns there to pierce the heart.” You are always on edge with this book, never quite knowing if it is a Holmes-like investigation into fraudulent mediums, or a genuine case of fairy abduction, or something far more sinister.

As far as I’m concerned, that’s great. As far as the more casual reader is concerned, it might be an issue. The way in which the book skips constantly between modes, between viewpoints, possibly between times, might cause some people trouble. I’ve not got around to watching The Witcher yet, but I followed the debate on social media about the tangled timelines used in the series and generally despaired of TV watchers. The Golden Key is almost certainly more confusing. It also goes places that the reader is not expecting.

I’m giving a cautious thumbs up here. Womack’s work is not as richly poetic as Cat’s early books. Nor is it the sort of instantly accessible Victorian romp as purveyed by the likes of Theodora Goss. It is something altogether more ambitious, something informed by a deep love of the creepy side of faerie lore, and something that may fail to satisfy unless you are prepared to accept it on its own terms. Definitely worth a look, though. 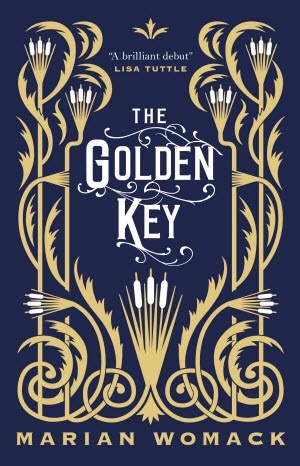