Imaginative fairy tale re-tellings are a staple of fantasy these days, and this book is very much in that vein. Dark and Deepest Red takes as its starting point the deeply disturbing Hans Christian Andersen tale, “The Red Shoes”, in which a vain young girl becomes possessed by her beautiful footwear. This story takes that basic idea of magical shoes, but connects them instead to an actual historical event, the famous dancing plague that hit Strasbourg in 1518.

So yes, this is a book about a plague. Oh dear. Should we be reading this now? Well, yes, bear with me.

Firstly, this a book by Anne-Marie McLemore who is a past winner of the Otherwise Award for When the Moon Was Ours, and is one of the best writers working in YA today. The award was for an absolutely brilliant take on trans themes in fantasy. McLemore is therefore someone who can be trusted with writing about marginalisation, and that’s what we find here too.

The basic story is a YA love story between Rosella Oliva and Emil Woodlock, two American teenagers united by their common Romany ancestry. In modern America, anything that suggests a tinge of non-whiteness is liable to mark you as an outcast.

Their story is cut with that of Lavinia, her aunt Dorenia, and Alifair, the orphan boy they have taken in. 16th Century Europe is a place becoming gripped with the fear of witchcraft. The Malleus Maleficarum was first published in Germany in 1486. Anyone with Romany ancestry is liable to fall under suspicion. Lavinia’s parents have already paid the price that fear of strangers demands. She and her aunt have fled to Strasbourg where they hope that can pass for white and be safe. And so they might have been, if the dancing plague had not arrived.

What we have, then, is not just a book about a plague, but a book about how a community hit by a plague will pick upon people from a marginalised group and make them scapegoats for the disaster. That’s a deeply disturbing thing for anyone like me to be reading right now. And yet…

The book starts very slowly, and much of it is traditional YA fare of two young people falling in love and having all sorts of problems with friends at school and parents. There is also the looming sense of disaster hanging over Lavinia and her family. But around halfway things start to pick up as the magic takes hold, and by the end McLemore has taken this web of fear, applied a very neat twist, and made something beautiful from it.

The release of this book is also marked by McLemore coming out as non-binary. That’s a big step for any author to take. In many people’s eyes it will transform them from that cute and talented author who has weirdly married a trans man, to One Of Them. I hope it doesn’t damage their career too much. But it is entirely appropriate that it should be this book that accompanies that announcement. I can’t say much more without risk of spoilers, but I’m sure that when you get to the end you will know what I mean.

Queer family, it might not seem like it to begin with, but this is the book about a plague that you need to be reading right now. 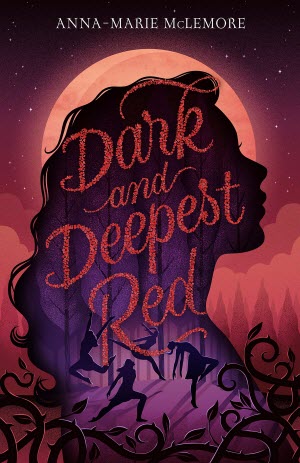