Two things are known to be hard. One is making the middle book of a trilogy interesting. Another is writing near future SF in a time of rapid social change. William Gibson has sailed straight into the storm created when these two problems collide.

I really liked The Peripheral. I thought it was the best thing I had seen from Gibson in a long time. Agency, however, is just more of the same. Now of course that same is good. Gibson writes really well. The setting is interesting. Wilf Netherton and Inspector Lowbeer are fascinating characters, and a lot of the supporting cast are good too. Beyond that, however, nothing much happens. Agency is simply another tale of our heroes sorting out a problem in another parallel universe.

That universe is interesting, of course. Famously it is one in which Hilary Clinton is US President and Brexit never happened. That, however, will not prevent The Jackpot. As Gibson explained when I saw him speak in Bristol, the apocalypse that we are living through is a slow-acting one. It started long ago, and will take decades more to reach its full potential. It is hard to understand that you are being boiled when the temperature of the water rises very slowly, but we’ll be no less cooked at the end of it. Possibly the actions of Netherton, Lowbeer and co, with their benefit of hindsight from the future, will help other timelines do better. Maybe Gibson has an idea for the final book of the series. But something tells me that for most universes it is too late. The Jackpot is a train and we are in a tunnel. It hasn’t hit us yet, but there’s no time to go back.

The sad thing is that there will probably be many people out there who see the post-Jackpot world as a utopia of sorts. The population has been dramatically reduced. Technology has carried on making life easier. And who needed all those animal species anyway, right? This is, of course, part of the far-right wet dream. The way to save the planet is to get rid of all the useless people. No one who holds such opinions ever thinks that they might be among the useless.

The new timeline, despite its superior electoral sense, is rather dull. It is set in San Francisco, which should make it feel like home for me, but that was mostly for the presence of high tech industry. There was little there there. And don’t get me started about differences in highway nomenclature between northern and southern California. Our heroine, Verity, is supposedly an expert app tester, which sounds a bit like a cheap Cayce Pollard knock-off. She spends most of the book running away from the bad guys while waiting for an ending that we can all see coming.

I don’t want to say that Agency is a bad book, because I enjoyed reading it. But it did feel like it was treading water. The obvious long-term focus for the series is the nature of The Server. Who created it, and why? That is the carrot that has been dangled in front of the reader, and Agency gets us no closer to finding out. 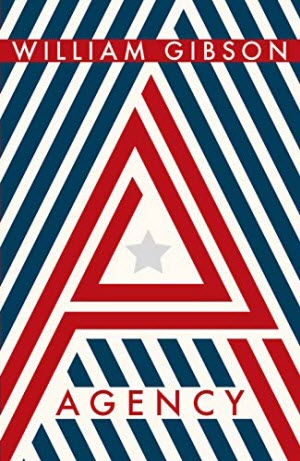