The Future of Another Timeline Well, here we go again, this is yet another time war story.

It is, however, rather more than that. Most of what we’ve seen in such stories this year has shied away from any specific political issue. Analee Newitz has no such scruples. Perhaps thanks to the renewed popularity of Margaret Atwood’s The Handmaid’s Tale, Newitz has gone full on gender war. Though they don’t quite say as much, their time war is one whose objective is more or less to create or prevent Gilead. I also suspect that this is their attempt to write a Joanna Russ novel, because there are no holds barred at times and a lot of discussion on the appropriate tactics for feminist revolutionaries.

If you go into this book looking for a novel about time travel I think you will be mostly disappointed. There are five time machines hidden away in various locations around the planet. No one knows who built them, or even how to operate them properly, but they’ve been in use for at least 2000 years and a lot of time travel gets done, but the secret never gets out and no one starts a time war until the 20th Century. Yeah, right. If you are going to power your science with handwavium, it is wise to use as little of the stuff as possible. The more you try to explain things, the more like a puppet show it all looks.

If, on the other hand, you are looking for a book about feminism, you won’t be disappointed. (Well, unless you happen to be a Roman history geek and goddess worshipper, but I’m assuming that none of you are actually me.)

There are two main strands to the book. One of them starts off looking like it will be a high school drama story along the lines of I Know What You Did Last Summer, but ends up being more of a meditation on the awful things that get done to teenage girls in California. It is there mainly to show why the other characters are so angry about men.

The other involves a group of time-traveling feminists known as the Daughters of Harriet (Tubman, of course) who are waging an edit are against a group of pro-Patriarchy fellows who want to prevent women from ever getting civil rights. The story centres on Tess, who happens to be a white Californian woman, but the group as a whole is quite diverse, including at least one black woman, a trans woman, and a non-binary person.

Much of the action takes place at the World’s Fair in Chicago in 1893. We learn a lot about early American feminists such as Lucy Parsons and Emma Goldman, and about the history of belly dancing in America. The villain of the piece is a chap called Anthony Comstock who was an early moral crusader. Newitz has grounded all of this in extensive historical research which made it very enjoyable to me.

There are a couple of well-worn feminist debates being given a run out here. The first is whether it is permissible to use what one might call feminine wiles as a tactic. Belly dancing, or hoochie coochie as they called it back then, is a form of erotic dance therefore likely to be condemned alongside stripping, pole dancing and so on by many modern feminists. There’s an argument to be made that women in 1893 had so little political power that any tactic that worked was worth using, but that won’t wash with the hardline anti-sex-work lobby whom I suspect will see Comstock as a potential ally.

The other issue, and this is where the Russ connection comes to the fore, is who much violence is permissible. Given that men have pretty much total control over society, should women take the law into their own hands and kill bad men? If you think that’s a little extreme, remember that rape is effectively legal in the UK because convictions are so difficult to obtain that the Crown Prosecution Service is very reluctant to bring any case to court. Not to mention the fact that certain people are immune from prosecution due to being things like President of the USA or a member of the British Royal Family.

There is, therefore, lots of meaty stuff to think about in this book. It isn’t going to go down well with a lot of men, but then neither do Russ or Atwood. Hopefully lots of people will read it and think about the issues raised.

From my point of view, while the end of the 19th Century is clearly a key period in the fight for women’s rights, I’m slightly bemused by the lack of mention of contraception. I’m of the opinion that it is the availability of cheap, simple and easily obtained means of preventing pregnancy that has made the path towards gender equality inevitable. If I were a time traveling Men’s Right’s Activist, that’s the thing I would be looking to prevent. But the World’s fair story is interesting, and I quite understand that Newitz needs to make sure that their story is simple enough to be told effectively. I can’t always have everything I want out of a book. 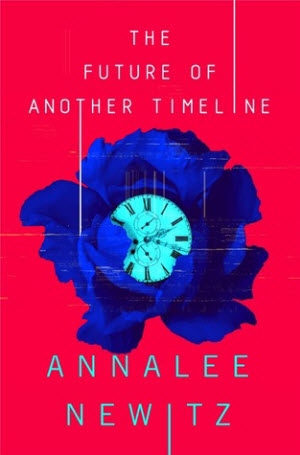