I have very much enjoyed Tim Pratt’s Books of the Axiom series. You can find my thoughts on The Wrong Stars and The Dreaming Stars here. This is a review of the final part of the trilogy, The Forbidden Stars.

I’m not going to say a huge amount about the story and characters because you’ll want to read the earlier books, and the earlier review, for that. What I will say is that this is very much a final book. Pratt makes a conscious effort to wrap up, not just the danger of The Axiom, but also the personal journeys of several of the main characters. There is a sense in which the book is more about that than it is about the plot of the book.

In addition, there is a clear sense of massively escalating stakes here. In the previous two books Callie Machedo and the crew of the White Raven were merely plucky adventurers going up against an isolated outpost of a much more powerful foe and hoping to get away with it. Here they take on that foe much more directly, with the real possibility of the fate of the galaxy, perhaps even the universe, being at stake.

The basic plot is that a mysterious Benefactor (he calls himself that, with a Capital B) tips off our heroes that they can find an Axiom outpost in a long-lost human colony system where the wormhole gate has ceased to operate leaving the colonists stranded. The story quickly turns into a mission to liberate the colony, which has been conquered by agents of the Axiom, and the stakes keep going up from there.

So in some ways The Forbidden Stars is not like the two previous books in the series. However, it is still a thoughtful piece of science fiction, and an exciting space opera romp. We still get to hang out with Callie and her crew, who are a great bunch of characters. As I expected, I whizzed through the book in a couple of days, eager to find out what happened next.

If I sound a little disappointed it is mainly because I would have loved to spend more time with these characters. This was a great series, and now it is done. Pratt could presumably write other stories in the same world, even about the same people, but all of them will have been irrevocably changed by the events of this book.

That, I suspect, is the way of things in publishing these days. It used to be that a long-running series was a thing to aim for, but in our newly data-driven world authors are at the mercy of their sales figures. If you want to keep working with the same publisher, you have to keep improving your sales. With a long-running series it is almost always the case that sales drop slightly with each successive volume. Seanan McGuire seems to be able to churn out one October Daye book after another and still get great sales, but she’s something of an exception.

So I guess that Pratt will be looking to write something new, possibly for a new publisher, maybe even under a new name, thought that’s less of an issue for men than it is for women. Whatever it is that he does next, I will be looking out for it, because the Axiom books were a lot of fun. 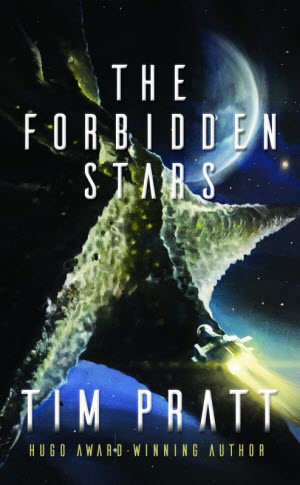