Silver in the Wood So, stories about the Green Man and dryads are a thing now? Cool!

It amuses me that the author of Silver in the Wood, Emily Tesh, has a Classics degree from Cambridge to match the one that Juliet McKenna has from Oxford. There, however, the resemblance ends. McKenna’s Green Man books are very much set in the modern era, are effectively crime fiction, and have a lead character who is merely the mortal assistant of supernatural forces. Silver in the Wood is something else entirely.

To start with the book is set in what appears to be the mid 19th Century. Henry Silver, he of the title, has recently come into possession of Greenhallow Hall, and being an amateur antiquarian he’s keen to investigate the legends surrounding the associated woodland. He, however, is not the protagonist of out story. That honour falls to Tobias Finch, a woodsman who lives in an ancient cottage deep in the forest and has done so for, well, quite some time.

At once slow deep green rolled over him. He took a breath, and another smelling old rotting leaves and healthy growth and autumn light. He felt almost as though he could have planted his feet and become a tree himself, a strong oak reaching up to the sky, brother of the old oak who ruled the wood. Ah, he thought, and nothing else.

Along the way we get a sprinkling of Robin Hood style legend, and a fair amount of being off with the faeries. So this is very much traditional British folk fantasy. I’m not entirely convinced by Tesh’s decision to meld that with some monster hunting as you might find in Theodora Goss’s Athena Club novels (or indeed in Juliet McKenna’s Challoner, Murray & Balfour stories). There’s a whole lot of story development that happens off screen towards the end of the book. It rather feels like there was an intention to expand this into something much more like a steampunk adventure novel, but that some editor (either external or in the author’s head) said, “No, this is much better as traditional fairy tale material.” Whoever it was, they were right.

There’s not a huge amount more I can say because this is a novella and therefore relatively short on content. I should, however, note that there is gay stuff in it, which I am sure will please many readers. 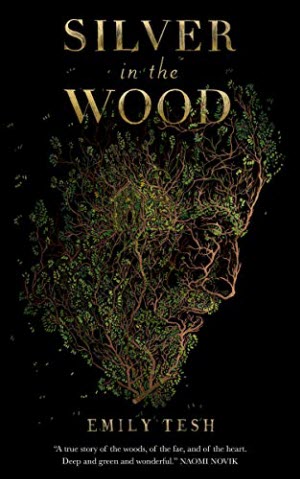