One of the things I love about the current internationalisation of science fiction is the fact that we can read books by people who understand others places far better than we white Westerners do. I still love Ian McDonald’s books set in Kenya, India, Brazil and Turkey, and I think that they were a necessary step on the journey that our community has undertaken over the past couple of decades, but now we can have the real thing. We can read Silvia Morena Garcia writing about Mexico, Aliette de Bodard exploring Vietnamese culture, Tasha Shuri introducing us to India, and many fine writers from China and Nigeria. What distinguishes them all is their in-depth understanding of their settings.

That can also be true about what we do, though, because there are pockets of difference even in Anglo-American culture. You can read a book set in the American South, or in Glasgow, or even London, and know whether the author has lived experience of the setting. One such book is Infinite Detail, the debut novel from Tim Maughan. Parts of it are set in New York, where Maughan has spent time, but the majority of the novel is set in a place called The People’s Republic of Stokes Croft. It is somewhere that I visit often, and which Maughan knew far better than I do before he lit out for North America to seek fame and fortune.

Stokes Croft is a region of Bristol which stretches from the Bearpit roundabout on the edge of the main shopping district up to the more middle-class area of Gloucester Road where the more affluent ex-hippies of Bristol live. The Croft is home to vegans, anarchists, animal rights activists, radical feminists who are actually both radical and feminist, and just about every other counter-culture movement that you can think of. But it also borders on St. Pauls, the district most famous for its Afro-Caribbean residents, though these days there’s encroachment from both gentrification and new immigrants from Somalia. Stokes Croft is a melting pot of cultures and ideas; and is thus a perfect setting for Maughan’s novel.

The New York content has some good social commentary too. We see the city from the point of view of Rush, the Pakistani-British programmer as the centre of the story. He is in New York to meet the boyfriend he found online, and Scott moves in social circles far above anything Rush could previously imagined. Nevertheless, Rush drags Scott out to see a Black Lives Matter protest. Scott is gobsmacked.

“There’s just so…” He pauses to pick his works carefully. “So much urgency, you know? And focus. I’ve been on Pride, and I went on the Women’s March … but this … They were different, right? Like it felt people were there to have fun. Like the signs all had jokes on them, people were partying, taking selfies. This, this feels like its about something. Like I said, focussed. Urgent. Angry. But with good reason. You know what I mean?”

I sure do, Scott. It is also like the difference between Pride and Trans Pride, though we are on a much smaller scale as we are not actually getting shot by the police.

As we might expect from Maughan, who has made his reputation writing about the internet and its influence on our culture, Infinite Detail is a novel about how we live now. Cory Doctorow is probably the writer closest in themes to what Maughan does. The book is set partly in the near future when our reliance on machines and the algorithms that drive them has increased significantly, and not necessarily to our benefit.

So much of what we do today is ruled by data and algorithms. Right now, most of those algorithms are pretty crappy. We’ve all had experiences of Amazon recommending books to us that we already own, that we have published, or even that we have written. Some of them, however, are much more sophisticated, especially when big money is involved. I used to work in derivatives valuation. I only did support and end-user training, and I struggled to understand some of the things that the programmers (all of whom had PhDs in things like quantum physics) were telling me. Our sales people understood them even less. As for the users, far too many of them didn’t care. As long as the software helped them make buckets of money in the short term they were happy. They very specifically didn’t care about risk management. Few people were less surprised than me when the crash of 2008 was blamed on credit derivatives.

Tim Maughan knows this stuff. In fact we probably talked about it at some point. He has a stock market trader in the book. He gets it right.

So there are algorithms, and they will only get better. There is data, which we have to keep giving to the likes of Google and Amazon because they have become indispensable to our lives. Heather Child’s novel, Everything About You, asks what happens when your personal assistant knows you so well that it can indulge in major psychological manipulation. Emma Newman’s After Atlas asks what it will be like when your employer can spy on everything you do. Maughan knows this stuff too.

What’s different is that the massive inhuman artificial intelligence wasn’t enslaving us with nuclear bombs or turning us into batteries (how WOUD that work?) or crushing our feeble human skulls with its metal feet, but by finding the best ways to sell us stuff. SkyNet is real, and it wants to sell you shoes made by child slaves.

But in Stokes Croft things can be different, because despite the fact that it is in the centre of one of the UK’s larger cities, a city that prides itself on being home to all sorts of cutting edge technology, people in the Croft think seriously about being off-grid. You don’t have to go and live on a farm in Orkney to do that. It is just harder here.

So while part of the book is set in the near future, much of it is set years later after the Crash. After the internet. Most of the UK is under the heel of the Land Army. The government has to keep order, and make sure everyone can be fed, right? But the Croft is still there, and still trying its best to be independent.

Much of the book is the story of the Crash: how it came to happen, and what part a bunch of anarchists in an obscure part of a lesser-known British city might have played in that. But the book also interrogates the central question: is technology always bad, and if not how can we ensure that it is used for good. There are, of course, no easy answers. But asking such questions is what science fiction is often all about. Like Child and Newman, Tim Maughan is writing science fiction that is very much about today and about what technology is doing to our society. We should be paying more attention to what they are saying.

“It’s not enough to just take power away from those in charge. If we don’t use it ourselves, they just take it back.”

Which is a lesson than every revolutionary needs to learn.

Hello, Ken MacLeod, I think you would enjoy this book. 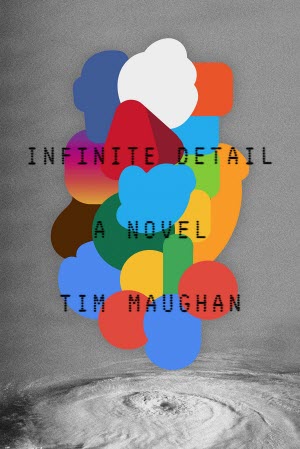