The House of Sundering Flames The House of Sundering Flames is the third and final part of Aliette de Bodard’s Dominion of the Fallen series. The books tell the tale of life in a post-apocalyptic Paris in which fallen angels have returned to Earth and set up their own mini-kingdoms in the city. Book 1, The House of Shattered Wings, tells of House Silverspires, ruled over by Morningstar himself and headquartered in Notre Dame (where else?). But old Lucifer is not the power that he once was, nor do his schemes and dreams have much currency in this strange new world. Book 2, The House of Binding Thorns, takes us to House Hawthorn, centred around the Eiffel Tower and ruled over by the seemingly sadistic Asmodeus. But the old demon proves more adaptable than his former master, ending up sharing his rule with Thaun, a young dragon prince from a kingdom under the Seine.

Here we must backtrack a moment. Why are there dragons living under the Seine? Well, because this series is in part about the clash between Vietnamese and Western cultures. Vietnam was part of French Indo-China, and consequently creatures from Vietnamese mythology have found their way to France. Water dragons are among them. Like the Fallen, they are much diminished, and they mostly hide away underwater. But Thaun seeks to find a way in the world, and ends up in an unlikely but very passionate affair (I hesitate to call it a love affair) with Asmodeus. The Lord of Hawthorn only wants is best for his House and his people, and sees in Thaun an opportunity for advancing his cause, as well as a source of great sex.

Book 3 takes us briefly across the river to the Trocadero, but only briefly because right at the start of the book House Harrier is consumed in a massive explosion and burned to the ground. Truly it is a House of sundering flames. The rest of the story tell of various characters’ attempts to escape from the ruined House, of the attempts find out what happened, and of the consequences of this attack for the city as a whole.

The book introduces two new major characters, both rooted in Vietnamese mythology. Hua Phong is a magical being made, apparently, of flower petals, who has come to Paris seeking aid for her masters back home. The other, well, you will have to read the book for yourself, but he’s more than a match for the Fallen.

De Bodard is moving into post-colonial fiction here. The Vietnamese are rightly angry at what was done to their country by the French. But how restitution should be made, and who is responsible for paying it, are not easy questions to answer.

Meanwhile Thaun is walking a tightrope trying to keep his own people and those of Asmodeus from fighting each other. Both sides, inevitably, behave badly, as both believe that only they know what is best for House Hawthorn in this time of danger.

We also get a look at the survivors of House Harrier and how the Fallen amongst them adapt to their much reduced status. Guy, the head of the House, retreats into typical Fallen cruelty, whereas others learn that in times of disaster they might find common cause with their mortal servants and dependents.

Much of the focus of the book is on Philippe, a dragon who was exiled from Vietnam and now works as a physician amongst the poor of Paris. He and his friends seek only to survive, because it is all that they can hope for. Yet they are a lesson for the city as a whole. When disaster threatens, people have two choices. They can seek to become the mightiest cockroach on whatever charred heap remains of their world, or they can work together to preserve what they can.

It is, I think, a masterful conclusion to the series, and takes the story in a direction that most readers will not expect. De Bodard is not interested in perpetuating traditional (Western) fantasy tropes, she wants to blow them up. Morningstar, in particular, whom readers might expect to be central to the story, becomes so only as a result of his own hubris. When the world is on fire, no one will care who is King of Paris. 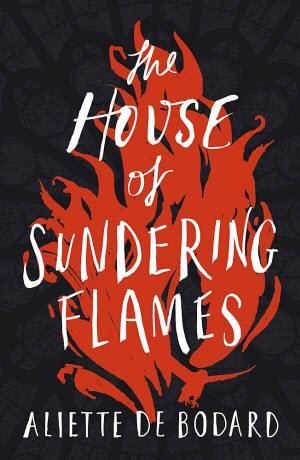