The latest novel by Yoon Ha Lee is part of the Rick Riordan Presents series and comes under a Disney imprint. Dragon Pearl is what is generally called a Middle Grade novel, aimed at younger teenagers. It is a child’s adventure rather than a coming of age narrative, and there’s no teenage romance drama. That’s quite a change from the clever and sophisticated military SF of the Machineries of Empire series. Yoon, however, is very much up for the challenge.

Middle Grade fiction, unlike YA, is very clearly not intended for adults. The level of suspension of disbelief required to accept the ability of its teenage protagonists to run rings around everyone else in the book is fairly substantial. Once you relax into that, however, you are left with a fast-paced, plot-centred story that is quick to read and very entertaining.

Our heroine, Min, comes from a poor, backward planet in a galaxy-spanning civilisation. For various reasons Jinju was never properly terraformed, and the inhabitants eke out a miserable existence. Min’s one hope in life is to follow her elder brother, Jun, into the Space Force so that she too can leave home and see the galaxy. Just 13 years old, she has two years to wait until she can take the entrance exams.

Then a visitor arrives at Min’s family home. He is an investigator of some sort, and he claims that Jun has deserted his post. Min’s brother is believed to have joined up with pirates seeking the legendary Dragon Pearl, a powerful artefact that can be used to terraform planets. The man has a letter for Min from Jun, which he thinks may contain a secret message. She knows that it does, and she knows that her brother is in trouble. She is not about the turn him in to the authorities, so she has to head off to rescue him herself.

Ordinarily a 13-year-old girl would not stand a chance at such mission, but Min’s family are Fox Spirits. They have excellent shape-shifting abilities, and can also charm others into seeing or believing things. Thus Min ends up on an adventure into space to find the Dragon Pearl and clear her brother’s name.

Along the way we discover that the world of the book is full of creatures from Korean mythology. Min befriends two young Space Force cadets: a dokkaebi (goblin) and a dragon. There is a vengeful ghost she must deal with. And the captain of Jun’s ship turns out to be a Tiger Spirit.

As we should probably expect from Yoon, there is some playing with gender. Fox Spirits get to choose what gender to be, and most choose female though Jun is an exception. Min spends much of the book disguised as a young boy, but that doesn’t shake her own identity. Sujin, the dokkaebi, is non-binary, and this is unremarkable in the world of the book. Earlier on we met a security guard whose name badge noted that they used non-binary pronouns.

Eventually Yoon manages to bring the book to a very satisfying conclusion in which Min, thanks to being modest and selfless, triumphs over a bunch of greedy adults, which is exactly what you would expect. Nevertheless, exactly how this obvious conclusion is to be made to happen remains in doubt until the final chapters.

I suspect that many of you will find this book a little too lightweight, but I loved the worldbuilding which is thoroughly infused with Korean mythology. I’m also delighted that Riordan is continuing his championing of the trans community by asking Yoon to write for him and allowing him to put gender narratives into the story. 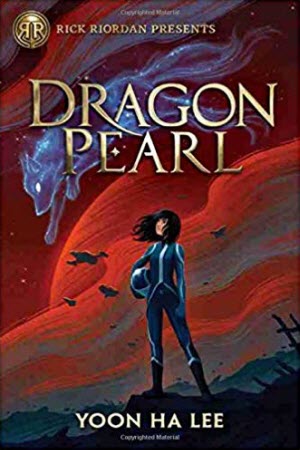