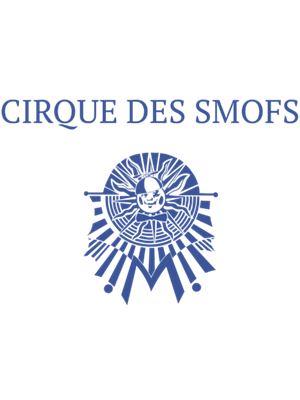 I have no particular desire to attend SMOFCon these days. Being a dealer means that I have no time for con-running. But I am interested in spending time with Kevin, and when SMOFCon is not in the USA that’s an opportunity. When it is in Montréal, with the additional promise of excellent food, it is a no-brainer. So I got to spend a week in the Montréal Sheraton, which was an interesting experience.

When SMOFCon #38 was scheduled for Montréal, everyone was anticipating a quiet weekend in Canada. Surely no one would arrange a major international conference in the same city at very short notice, would they? Well, as it happened…

COP15 is the 15th iteration of the UN’s biodiversity conference. It is separate from the sequence of climate change conferences such as COP27 which recently took place in Cairo. The biodiversity conferences take place once every 10 years, but COP15 was supposed to take place in China in 2020 and the Chinese government’s strict COVID policy made that impossible. Eventually the UN did a deal whereby Canada would host the event and China would still get to chair it.

As a result, hotel rooms in Montréal were suddenly at a premium, except that our little event had booked out a bunch of them at one of the city’s top hotels. To their credit, the Sheraton did not try to get rid of us. But we did have to put up with some of their other guests. The Montréal police appeared to be using the hotel as a command post, and when you got in an elevator there was a good chance you’d find you were sharing it with an armed police officer.

Quite what the forces of Law and Order made of the hotel notice board listing the rooms for the “Secret Master of Fandom Convention” (sic), we never found out.

I got stopped by the police once. Kevin and I were walking back from breakfast and a lady police officer came over to speak to me. It turned out she wanted to compliment me on my outfit. “You look very cute,” she said. I’m assuming she was a lesbian. As it happens, I did look very cute.

I didn’t attend much of SMOFCon, partly because I ended up working for much of the weekend, and partly because of attending When It Changed. However, I did have a membership. That allowed me to get free lunch in the consuite. Not normally free breakfast, because Kevin and I took every opportunity to visit Eggspectation who do the best breakfasts on the planet.

Having a membership also allowed me to attend the event that we are no longer allowed to call the Fannish Inquisition. I did, after all, want to see what was happening with the future of Worldcon. Thanks to Kevin’s hard work, all of the presentations in that session are available to view online via YouTube.

I won’t bother to repeat everything that was said as you can watch them yourselves if you are interested, but I can report on my personal view of the presentations and what I perceived to be the mood in the room.

None of the Chinese fans involved in running the Chengdu convention were at SMOFCon. We were told that this was a money issue. Their attendance at previous cons had been sponsored, and no one was willing to pay for them to go to SMOFCon. Instead the Chengdu convention was represented by Ben Yalow (co-chair), Dave McCarty (Hugos & Site Selection), Carolina Gómez Lagerlöf (Online program) and a bunch of other Western fans who seemed to be there to bulk out the panel.

There were two themes that I felt came through strongly in the Chengdu presentation. The first was “We cannot control the Chinese government”. This was said particularly with respect to visas and COVID restrictions, but also with regard to potential censorship. Chengdu is by no means alone in this problem. Formula 1 has recently cancelled the 2023 Chinese Grand Prix because the Chinese organisers were unable to reassure them that the teams, and the attendant media circus, would be able to get into the country for the race, and out again in time for the next race on the calendar. F1 is a far bigger thing than Worldcon, and if they can’t run an international event in China next year we should not be surprised if we can’t either.

Of particular concern to those in the room was the slide on how to get a visa. Tucked away at the bottom of the list of requirements was the need for a personal letter of recommendation. I happen to know a few Chinese fans who might be willing to help, but most people in the room had no idea how they’d get that. As it happens, I’m not planning to waste time and energy applying for a visa. Kevin says he will try, but he has no confidence that he will get one.

The other key theme was sponsorship. As in Finland, fannish conventions in China are traditionally free to attend, and rely on sponsorships of various sorts to supply the money needed to run the event. According to Ben and his colleagues, the Chengdu committee currently does not have all of the sponsorship it would like in place, and consequently they can’t guarantee what will be on offer at the convention. It is somewhat worrying that, less than a year out, the convention may be very short of money, and clearly this will impact their ability to stream any of the convention.

Incidentally, in line with this policy, the Chinese have made everyone who had a supporting membership by dint of voting in Site Selection a full attending member of the convention. Not that many of us will be able to attend in person, but attendance is free. You only pay for your WSFS membership, which is the money you paid to vote in Site Selection. I also understand that local Chinese fans will be allowed to attend for free. They will not have to buy WSFS memberships in order to do so. This is in stark contrast to Glasgow who are insisting that all attendees also be WSFS members. There is no constitutional requirement for that.

The assembled SMOFs were, of course, very interested in what would happen with the WSFS functions. Dave McCarty does have plenty of experience running the Hugos and Site Selection, so if he’s allowed to get on with the job I’m sure he’ll do fine. But these two things should also be open to Chinese fans, and that means having dual-language websites for voting. Site Selection will also require both Western and Chinese fans to be able to pay their WSFS memberships for 2025, and we’ve already seen what problems this caused for DC in 2021. I have no idea what will happen. The time for opening Hugo nominations is approaching fast.

The Business Meeting is another matter. Ben stated that the quorum for a meeting is 12 people, and he anticipated no problem meeting that requirement. We can therefore expect that the 2023 Business Meeting will be very small, and attended solely by Ben, those other few Western fans who managed to get visas, and maybe one or two curious Chinese. Ideally it will follow the example of Wellington and vote to pass all business on to the following year, then adjourn. However, Ben made no mention of this possibility. Thankfully, if we do end up with a rogue meeting, anything it does can be undone in Glasgow. However, this will be a huge waste of people’s time.

The SMOFs, for whom catastrophizing is a favourite hobby, wanted to know what would happen if the Chengdu convention did not happen (for example the city might be in Lockdown at the time), or if it was unable to discharge WSFS functions. The answer appears to be that, as and when Chengdu admits that it cannot fulfill it’s obligations, responsibility passes to Glasgow, who may then call upon the Winnipeg NASFiC for help. But until Chengdu admits failure, nothing can be done. Because there is no “WSFS Board” that can take charge.

In comparison, Glasgow was the epitome of calm, organised efficiency. Frankly they could have announced that the SECC had been eaten by Nessie and they would have still come out of the day smelling of roses compared to Chengdu. The only major case for concern seemed to be whether their hotel offerings included a Hilton property, but I’m pretty sure I saw a Garden Inn on the list.

Future years seem locked in until 2026, and are somewhat hazy from then on. Seattle looks a shoe-in for 2025, and has a lovely-looking new convention centre. Los Angeles is probably equally certain for 2026. Much as I would love to go to Egypt, I suspect their bid will be tainted by the Saudi connection (same people bidding), and sunk by the usual American fear of leaving the country. There is a bid for Tel Aviv in 2027. I wish them all the luck, but with apologies to my pals in Israel, I am no more happy to visit your country than I am Saudi Arabia, especially after the recent elections.

2028 has two bids. One is for Brisbane, Australia, but it has not been very active and did not send anyone to SMOFCon. The other is from Kampala in Uganda. They did an impressive presentation via Zoom, and I’d love to see a Worldcon in Africa, but that’s another country where I would not feel safe. 2029 has a bid for Dublin. If I’m still fit enough to travel, that looks like the next Worldcon I will be able to attend after Glasgow.

The team running the Winnipeg NASFiC next year have a lot of Worldcon experience, and I’m pretty sure they will do a good job. My only worry is that they get overwhelmed with memberships because of the ongoing issues with Chengdu. I certainly plan to be there.

My only other observation from the event is that the people who attend SMOFCon seem to be increasingly people whose sole interest is in running a big convention. They don’t care much about WSFS, aside from being allowed to present the Hugos. That observation goes double for the people who end up in senior positions on Worldcon committees. Allegedly one of the co-chairs of the Seattle bid nurses a burning hatred for all things WSFS, so there may be some interesting fireworks come 2025.

It get the impression that a lot of the people at SMOFCon would be very happy if the WSFS Constitution were to fall into a convenient black hole, and that the right to call your convention “Worldcon”, and present whatever version of the Hugos you felt appropriate, should be decided at SMOFCon. I don’t think this would be an improvement on the current situation, but at least fandom at large would no longer believe in the “WSFS Board” and would blame the people actually responsible for anything that they were unhappy with.