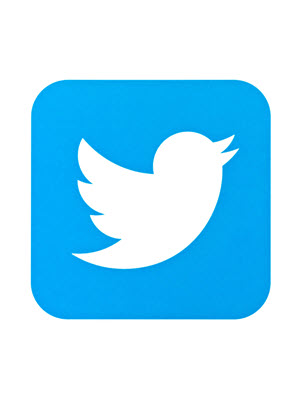 As the online world knows by now, Elon Musk is doing a very effective job of destroying Twitter. Due to the significant uptick in troll and bot activity, and the fact that hatred of trans people was one of Musk’s primary motivations for buying the site in the first place, I have made my account private. This is annoying. While Twitter has been a hotbed of right-wing poison for some time now, I found it perfectly possible to have a mostly quiet life there if you were liberal in your use of the block button, and refrained from trying to argue with people who were clearly posting in bad faith. I had around 9,500 followers, which was useful when I had something I needed to say.

Cat Valente has already done a marvelous, extended rant about how the wonderful social media networks that we build up keep getting destroyed by the likes of Musk. I don’t have much to add to that except to note that, as Cat admits, it is to some extent inevitable. It is a problem of Capitalism.

It seems to me that a lot of people these days who claim to be anti-Capitalist are just anti- having to pay for anything. More of that when I get to discussing Mastodon. But Capitalism is a relatively modern invention. Historians tend to trace it back to the bankers of places like Renaissance Florence. Commerce, on the other hand, asking people to pay for things you have made, is as old as human civilization. So no, the problem with Capitalism is not having to buy things, it is that Capitalism depends on investment.

Investors are people with spare money (“capital”) which they loan out of business owners in the expectation of getting more money back (a return on their investment). This is great for a small, growing business that needs funds, but the bigger and more successful you get, the harder it becomes to keep making more and more profits, and giving your investors better and better returns. And if you don’t, then they will take their money away and invest it elsewhere.

With the IT industry, and the web in particular, the problem is exacerbated. With many web businesses, especially social media, it is by no means clear how they will ever make a profit. Even Amazon, which did at least exist to sell things, ran at a loss for a very long time (and may still be doing so). Therefore tech entrepreneurs rely on a special sort of investor: Venture Capitalists. These are people who are prepared to take a risk on a snazzy PowerPoint presentation and loan money on the promise that the business will somehow, magically, become profitable eventually. Of course, as they are taking greater risks, they expect greater returns.

Now a social media business is really cheap to set up, but as it grows it becomes ferociously expensive. You end up needing to lease space in massive server farms all over the world. You find yourself having to hire really expensive security experts to keep the hackers and foreign government agents at bay. You end up spending a huge amount of money on moderation because otherwise your service will become overrun with Fascists and bots and most of your regular users will leave. Regulatory compliance becomes a major headache. And still you can’t find any way of turning a decent profit except begging your users to “stop talking to each other and start buying things”. It never works, and your investors get more and more upset. The owners of Twitter found an exit strategy by selling the company to a narcissistic billionaire who was happy to take money from dubious places such as Saudi Arabia.

This is also why Farcebook is trying to re-invent itself as a virtual reality company. It has found a new type of snake oil to sell to the investors and that will keep it afloat for a few more years, until that bubble bursts too.

The slow death of Twitter is a major headache for a large number of independent creatives who relied upon it to help get their products to market. Those people are rightly very concerned, and are looking desperately for an alterative. Lots are springing up, but there is no obvious successor to Twitter. People got very excited about Hive (as long as they didn’t try to use the app), and then we found out that it was run by two rich kids with more access to money than sense and only one programmer. A lot of people are pinning their hopes on Post, but it is run by a wealthy techbro who, when he was young, served in the Israeli Special Forces. I don’t hold out much hope for it being a safe space for the likes of me.

Which brings us to Mastodon, because Mastodon is different. It is not owned by anyone. The code is open source. It avoids the huge expense by allowing anyone to set up a Mastodon server, so the load is distributed. But it retains the global nature through a system of “federation” whereby users on one server can follow people on other servers. Typically you will be offered three timelines: Home (people you follow); Local (anyone on the same server as you) and Federated (everyone). Not all Mastodon clients will use those names, but they will mostly use the same concepts.

A lot of people have been put off Mastodon because of the need to pick a server, and there are choices to be made. If you are only using the platform for one specific purpose – for example you are a science fiction writer wanting to connect with readers – then a specialist server is a good bet (in this case wandering.shop). I, on the other hand, picked a more general server because I have a range of interests besides SF&F (sport, history, trans activism, etc.).

Because anyone can set up a Mastodon server (and hosting companies are now starting to offer Mastodon installs to help you get up and running), you may be tempted to join a server run by someone you know. But while running a single server doesn’t require a multinational corporation, it does require money and time. Any individual running a server may get sick, lose their job, or just plain get bored of the effort. It is like running a fanzine. You have no certainty that it will still be there next year. So you should probably join a server run by someone (or someones) who seems serious about the project, and you should chuck them some cash every so often to help out.

Meanwhile Mastodon is suffering growing pains. It has been around a long time, and the early adopters very much shared its anarchist ethos. They also developed a whole lot of rules for behavior that were fine when they were a small clique who mostly thought the same, but don’t work well with a much bigger and diverse audience. Hence we are seeing people getting told that promoting their work is against the Mastodon ethos because asking for money for anything is Evil. We are getting people of colour complaining that Mastson is mainly white folks who refuse to see racism when it is right in front of their noses. Mention of “gatekeeping” is becoming common. It reminds me a lot of fandom in the 1990s when it was suffering growing pains too.

The platform has also become a target. I’m told that servers run by far-right activists are proliferating rapidly. Any sever operator can choose to block another server if it is deemed anti-social, but that’s a major decision and it can be hard to keep up with the rapidly developing environment. In the meantime it is probably best to never look at the Federated timeline.

You can also be sure that certain foreign governments have people working hard on trying to find ways to exploit Mastodon and disseminate misinformation and propaganda through the platform. Six months ago they probably didn’t know it existed, but now Mastodon has a target on its back.

There’s no point in trying to predict how this will go. Who would have predicted, a year ago, that the world’s richest man would choose to blow $44bn just to be able to “own the transes”? But it is going to be a rough ride, and my sympathy goes to anyone who depended on Twitter for their business, or for organizing social movements.