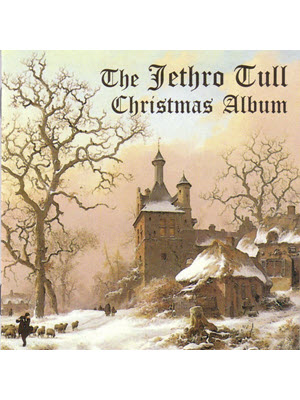 Way back in June I was wandering through Bath when I saw a poster on the Abbey fence. “Ian Anderson Christmas Concert” was the heading. I couldn’t quite believe it, and I assumed that tickets would cost a fortune. However, when I got home, I checked out the Visit Bath website. Lo and behold, Anderson was indeed playing a concert in Bath Abbey in December. Tickets were £35. And they were almost sold out. I snapped one up immediately.

Fast forward six months and I still have the ticket, but am living in South Wales. Bath is a bit far to go for an evening, but I had a bunch of Hilton points in stock so I got myself a room for the night at the Bristol Doubletree. (Hotel rooms in Bath are generally more expensive, and Bristol is not that far away. Also I know that hotel well.)

So to Bath I go, still not quite knowing what to expect. Will this be a Jethro Tull concert, or will Anderson mostly be playing traditional carols? I mention why I am in town to Nick B at Mr. B’s Emporium of Reading Delights. “I can’t imagine him playing ‘Aqualung’ in the Abbey” says Nick. I have to agree. Bath is a pretty stuffy place when it comes down to it. Too many wealthy residents.

On arriving at the concert, I discover something interesting. This is a benefit gig. Anderson is donating all of the receipts to the Diocese of Bath & Wells to help finance the upkeep of Bath Abbey and Wells Cathedral. The assembled clergy were very pleased about this. Apparently this is something that Anderson has been doing since 2006, with the help of his friend, Rev. George Pitcher, who is a fascinating character.

As to the band, I didn’t catch all of the names because I’m going deaf and my seat was right at the back, but I think David Goodier (bass), John O’Hara (keyboards) and Scott Hammond (drums) were all there. I’m assuming that the lead guitarist was Joe Parrish, in which case the band was indeed what passes for Jethro Tull these days (though Martin Barre may wish to disagree).

We started out very Christmassy. Tull has, after all, produced an actual Christmas Album. Songs from that made up around half the set. Of course the likes of “Ring Out Solstice Bells” are not exactly Christian, but they found their way into the set anyway. To balance this, Anderson involved the Abbey in the concert. The Abbey organ contributed to some of the songs, and the Abbey Choir was welcomed onstage to perform a fine version of Gaudete (made famous, of course, by Maddy Prior and Steeleye Span).

One of the issues facing aging rock stars is that your voice can’t hold up for an entire concert set. Anyone who saw Paul McCartney at Glastonbury will know what I mean. So Anderson wisely employs a guest vocalist to help out. For this concert he brought in someone he said was a good friend. You could have knocked me down with a feather when he brought in Marc Almond.

And yes, this does mean that “Say Hello, Wave Goodbye” found its way into the set.

The second half of the concert moved much more into the traditional Tull repertoire. The final song of the main set was a long and creative arrangement of “Aqualung”. The encore was a thoroughly rocking rendition of “Locomotive Breath”. These are both songs I never expected to hear in a church.

Anyway, there was no doubt that we were in the presence of a well-polished modern rock band. The acoustics were great. And the Abbey provided a marvelous backdrop. It was an evening very well spent.