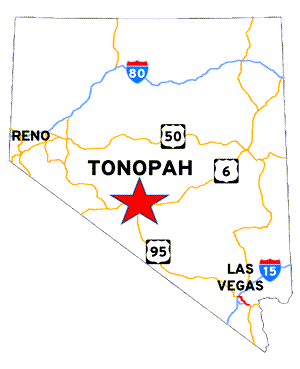 There’s not much I can say about this convention, partly because Kevin chaired it, and partly because I didn’t attend in person. However, there are a few things worth talking about.

The first is that travelling conventions are not doing well. In the UK, FantasyCon was cancelled because the original organisers were looking at a £24,000 loss. Then it was relaunched as a 2-day event with no dealers’ room (and possibly no art show). Hopefully it will go OK, but there’s a real sense that, despite all of the “great to be back to normal” sentiment we saw at Eastercon, people are still nervous of going to conventions.

Westercon is a convention that travels up and down the west coast of the USA. It has been on hiatus due to the pandemic, and this was the first year back. Due, in part, to a lack of quality bidders from major cities, this year’s event was to take place in Tonopah, Nevada. The town is interesting, being a former silver mining centre, and therefore having a wild west feel to it. The con ran with that theme, billing itself as a “Wild, Wild Westercon”. Also the convention center is small, friendly and entirely non-rapacious in its pricing, which is highly unusual for convention locations.

On the downside, Tonopah is 200 miles from the nearest airports (Reno and Las Vegas). And the USA is very much in the throes of an aggressive wave of infections. A whole lot of Westercon regulars apparently decided that because this wasn’t a traditional event the convention should be cancelled forever. And BayCon, the Bay Area’s annual convention, appears to have decided that Westercon is already dead, and have moved their traditional dates from Memorial Day weekend to 4th July weekend, therefore competing with Westercon.

As it turns out, people have come forward to offer to run Westercon for the next two years. The next one will be in Anaheim, which is very much a major venue. So maybe it isn’t dead after all. But I got the impression that the attendance at Tonopah had a very high average age. I hope next year’s committee manages to appeal to a younger crowd.

(It is also possible, knowing Bay Area fan politics, that BayCon will move back to Memorial Day next year because the Westercon is being run by other people.)

Knowing that it would be difficult to attract people to Tonopah, Kevin and I decided from the get-go that we needed to do some online programming. The programming team that Kevin recruited (led by Arlene Busby and Michelle Weisblat-Dane) was on board and wanted to do hybrid as well. So I got the job of putting together a small stream of virtual programming featuring guests from outside North America.

We didn’t get a huge number of online attendees, but I think we did a decent job. I’m particularly pleased that we had a bunch of non-white, non-Anglo programme participants. One of the highlights was a panel on Arabic SF&F featuring speakers from Saudi Arabia, the UAE and Palestine. I know that Michelle recorded the panels, and hopefully some of them will be available online soon.

Of course we were not immune from last-minute panics. I’d like to give special thanks to the following:

The point is that adding a virtual track to an existing convention is not hard. There aren’t a lot of resources required. And having one means that even a fairly small event can have high profile programme participants (we had Mike Carey and Ken MacLeod) and a much more diverse selection of panelists than would otherwise be the case.

And, of course, virtual programming makes the convention accessible to people who, for a variety of reasons, are unable to travel.

Every convention should be doing it.