On Reviewing and Taxonomies 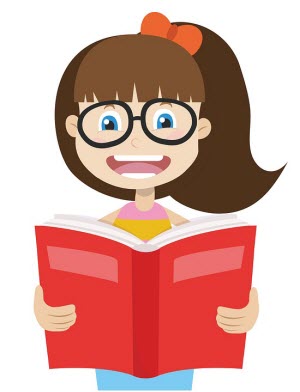 Back in February, Paul Kincaid published an essay on his blog. It is titled, “A Taxonomy of Reviewing”. The central issue he is addressing is laid out in the opening paragraph:

“… we have no clear language with which to talk about reviewing. What’s the difference between a review and criticism? Where do you draw the line between review, review essay, and critical essay? Is criticism, by definition, negative? Is a bad review the same as a negative review? We have no generally agreed upon way of answering any of these questions, and any general writing about reviewing is liable to get hijacked by trying to define terms.”

The essay was very well received, including by me. Paul is a smart guy with many years of experience of writing reviews and literary criticism. In the essay he provides an exhaustive list of types of writing about writing, and he provides definitions for each one. The idea, which we know from the use of the term ‘taxonomy’ in the title, is to classify each of these types of writing and show how they are different from each other. That way, when we encounter a new piece of writing, we know which box to put it in.

However, impressed as I was by Paul’s erudition, something was nagging at my brain.

Taxonomies have been hugely useful in helping us understand the world around us, primarily because they give us a framework for discussion. As Paul says at the end of the essay, “…if we can’t be precise in our language, if we can’t disentangle words so that their meaning is clear to a lay audience, is it possible to write about criticism at all?” And yet, Linnaeus’s elegant system, though very long-lived, is not perfect.

When creating a taxonomy it is necessary to find a way to distinguish between the various groups. For example, does an animal lay eggs, or incubate its young? Does it have fur, scales or feathers? Unfortunately these tests aren’t perfect, because sooner or later you are going to run across a platypus. Or you discover that the hyrax, which looks and behaves a bit like a groundhog, is actually very closely related to the elephant and not a rodent. Or that evolution has invented the crab entirely separately on several separate occasions.

It was thinking about this sort of thing that led me to think that perhaps Paul was barking up the wrong (evolutionary) tree.

In computer science we have, to a large extent, given up on taxonomies. Having a single classification field for an object, which defines where it fits within a taxonomy, simply doesn’t work in many applications. A common alternative is to use a tag system, whereby we define a number of features, and an individual object can be associated with one or many features. For example, our platypus can be tagged as having fur (like mammals), laying eggs (like birds and reptiles) and having a beak (like birds and squid).

An even more radical approach is necessary in the trans awareness training that I do. The people in the classes are often very keen to get precise definitions of what various labels trans people use when talking about themselves mean. How is genderqueer different from gender fluid and from non-binary. Are non-binary people trans or not? There are no right answers to these questions.

Indeed, the whole idea that people must fit precisely into gendered boxes, and never leave them, is central to the philosophy of the anti-trans lobby. That’s why they keep demanding that people define what they mean by “woman”. There are many different ways of doing that. You can categorise people by their chromosomes, or by their reproductive organs, or by their secondary sex characteristics, or several other methods. None of these definitions result in Venn diagrams that perfectly overlap, and all of them will result in excluding some people who believe that they are women.

And yet people keep insisting on a taxonomy, and if you can wean them off a strict binary they tend to immediately fall back on the idea of a spectrum. Which means that everyone has to fall somewhere between the binary poles. There are two problems with this. The first is that there are many different ways in which gender can be defined, and in each case someone’s position on a spectrum might be different. Also, the idea of a spectrum requires that in order to be more masculine you have to be less feminine, and vice versa. That very much restricts the ways in which people can express gender, and as people don’t like being restricted the system breaks down.

What we suggest as an alternative is a system of axes. We can thinks of each axis as a tag. Examples might be your internal sense of femininity, your feminine gender expression, and your attraction towards masculine-coded people. Each axis also has a value denoting how far along you are on it. So for example you might see yourself as very feminine, be a bit meh about fashion, and not be attracted to men at all. Note that attraction to female-coded people would be a separate tag, and that could be at zero too. Or both could be quite high.

I haven’t had time to go through Paul’s elegant taxonomy and construct a new system using one of these classification techniques, but I do think that avoiding trying to stick things in boxes is a good approach to life. (That includes cats – just leave them alone and they will happily get into boxes all by themselves.) All binaries are false, all classifications are imperfect, and if we insist on trying to fit everything we see into boxes we will either end up chasing our tails in a vain attempt to make the system work, or we will end up chopping bits off our subjects until they fit. Neither of these outcomes is desirable.