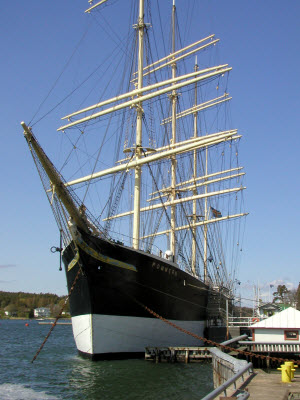 It has been a long time. The last Åcon was in 2019. But finally Nordic fandom has been able to gather in Mariehamn once more, joined as usual by a few folks from further afield.

Some sympathy first for poor Tasha Shuri who had twice been lined up for a lovely trip to Åland as Guest of Honour, and was twice denied by the pandemic. This year the calendar did not work for her, so the con went without a GoH. Tasha’s Empire of Sand was made the Book of the Night.

Most of the usual crowd were there. Indeed, I understand that it was the best attended Åcon yet. Clearly everyone was keen to get back into con-going. Or at least back to Åland. As far as I know, there were no cases of COVID at the event. This is despite having to travel on a crowded ferry full of tourists to get there, and having to share the hotel bar with hordes of local ice hockey and football fans.

Little has changed in Åland since we were last there. There’s a lot of building going on. The hotel pool and sauna are now free, so I must remember to take a swimming costume next year. Mercedes is still making chocolate. Stallhagen are still making beer. The hotel still manages to run out of the more interesting of their beers very quickly. No one knows the answers to any of the questions in Jukka’s quiz.

Programming is, as usual, light. I had two panels, one fairly serious and one very much not so. The serious one was about juried awards, which is something Jukka and I can talk about for a long time unless people stop us. The other panel requires more explanation.

Suppose you wanted to get an AI to come up with panel titles for a convention. What would you train it on? Why, past Worldcon program books, of course. There’s plenty of material. Of course the results would be a bit weird, but with a good enough panel you could make them work, right?

We, the panel, were given a bunch of panel titles, and had around 5 minutes each to discuss the topics. We held forth on such important topics as, “Why are we still talking about Dune?”, “The Quantum Mixtapes of Venus”, “Ursula K Le Guin and the Other Woman of SF”, “Hugos or Cake?”, and “Worldbuilding with Rope.” We were, I think, very erudite, and did not make every panel about tentacle sex (though I tried hard). We also bravely resisted talking about John Norman’s Gor books for that final panel.

“PhDs discuss cake” was such a good panel title that we ran it for real. Congratulations to Dr Norja and Dr Fedyk for making a whole hour out of that, and for bravely eating cake so we didn’t have to.

Other than that, we may have done tourist stuff, gone out to dinner, drank beer, watched sportsball (or sportspuck) and just generally hung out enthusing about how nice it was to see old friends again. Also Finland won the World Ice Hockey Championships, so all is right with the world.

I hear a rumour that there will be a Eurocon bid for Mariehamn in 2025. Archipelacon 2 is a definite possibility. You should all come.