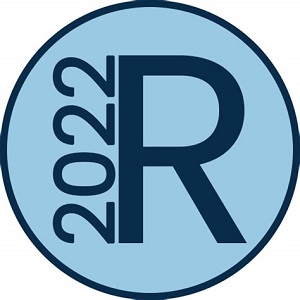 As experiments go, this was one part encouraging and one part rather scary. Let’s start with the good stuff.

Reclamation (that being the name of this year’s Eastercon) wasn’t my first post-pandemic event; I have already done FantasyCon, BristolCon and World Fantasy. However, it was the first big one. FantasyCon and World Fantasy were both very small compared to their usual numbers, and BristolCon is never big. Eastercon was also relatively small in comparison to usual numbers, but it still attracted 659 people. Also it was in a busy Heathrow hotel, which made it feel busier than it actually was. It felt like a big convention, and thanks to the location I got to see a bunch of people from the USA and Europe that I haven’t seen in years.

The Radisson Hotel & Conference Centre, a.k.a. the Radisson Red, a.k.a. the Park Inn if you looked at some of the older signage, is a strange place. It is not as strange as the Radisson Non-Euclidian, but it is still odd as far as convention space goes. There are two main conference areas, which presumably can be let separately, and a corridor full of meeting rooms connecting them. We had the lot. Because this was Eastercon, and one of the three large spaces had to be dedicated to a real ale bar, the dealers ended up spread around various meeting rooms, including the aforementioned corridor. I ended up sharing a room with Dave Hutchinson’s wife, Bogna, who has a jewellery business.

A number of dealers were unhappy with this arrangement. They thought that footfall would have been much higher in a traditional dealers’ room. They may have been right, but I haven’t been to an Eastercon in ages and this was my first selling books. I was very pleased with the business I did. Not that I was going to recoup the cost of the hotel and travel, but I certainly made back the cost of the table and convention membership, which hasn’t been true of every con I have been to.

Thanks to Bogna and Dave offering to keep an eye on things for me, I was able to do a couple of panels. One was on publishing during the pandemic, and the other on reclaiming our bodies (and ourselves) as the pandemic drifts into a state of always having lived in existential fear. I moderated both, and both seemed to go very well. My thanks to my excellent panellists.

I didn’t get to attend any other panels, and I only briefly stuck my nose into the Art Show, so I can’t say much about the rest of the con. Other people seemed to have enjoyed it too. I did have someone come to my table and tell me that my business plan for Wizard’s Tower was terrible and I should publish him if I knew what was good for me, but that was more comedy than anything. Also I’m told that UK fandom’s lone anti-trans extremist turned up at a bid session to gripe about toilets, and was shouted down. As con issues go, those were very minor.

It is possible that the virtual membership had a less good time. I kept an eye on the Discord and saw regular complaints about people not getting the links they needed to watch panels, or streams not working. How much these were real issues and how much this was people still not used to the tech I do not know, but neither of my panels had any interaction from the online membership which was disappointing.

The highlight of the weekend was the British Science Fiction Association Awards. Juliet was up for the Best Novel award for the latest Green Man book. Neither she nor I were in the slightest bit surprised to see Adrian Tchaikovsky win for Shards of Earth. Despite being an award finalist, The Green Man’s Challenge didn’t sell in any great quantities. Frankly we were delighted with the recognition. Of the four books in the series, three have now been award finalists, which is an amazing achievement.

My other interest in the awards was in the Non-Fiction category where the latest Academia Lunare book was a finalist. Again I didn’t expect a win. There were people on the ballot far better known to the Eastercon community. But win we did. Francesca, bless her, was deliriously happy, as were her parents back in Italy whom I briefly met on a video call. She’s done amazing work with those books and absolutely deserves the success they have had. I’m very pleased to have been able to support the project with a few essays. This time the essay in question was the one about queer animals, which is a piece I’m rather fond of.

So all of that was very good. Everyone was wandering around saying how lovely it was to see old friends again. A couple of people reported testing positive for COVID during the con and promptly went into isolation. It seemed like things had gone well.

On Monday night I suddenly felt desperately tired and went to bed around 9:00pm. I didn’t sleep well and felt decidedly groggy in the morning. However, I tested negative and was well enough to load up the car and drive home, so I did. I tested negative again on Wednesday, though I still felt ill. Fortunately, my life is normally spent in isolation, and aside from two brief trips to Tesco and answering the door to the postperson I’ve had no human interaction since. Whatever was upsetting my body has since cleared up and I’m still testing negative. I have put it down to con crud.

Meanwhile reports of positive tests started to flood in on Discord. These included Jo & Roz, with whom I’d had breakfast on Monday, and Tej Turner, whom I’d chatted to on several occasions. The contact tracing channel on Discord counted a total of 74 positive cases. Some were only mildly affected, but some were seriously ill and at least one ended up in hospital.

I note that all these people had been vaccinated. We know this because the con required us to present evidence of vaccination at registration. This is an important lesson. Vaccination does not prevent you from catching COVID. It does (usually) prevent you from dying of it when you do.

People who are running other conventions will doubtless be viewing this with some degree of nervousness. Cons certainly have the potential to be super-spreader events. But I don’t think that the story is that simple.

To start with, this being the UK, a lot of people travelled to the con by train. And it being Easter those trains were probably packed full of maskless people. In addition, the hotel was full all weekend because lots of people were flying through Heathrow. While we might have been masked, other hotel guests, and a lot of the hotel staff, were not. These are risks that other cons may not face.

Where Eastercon may have fallen down was on traditional UK con culture. Having promised Kevin to be very careful, I stayed masked except when eating or in my hotel room. I did not socialise. Many of the con attendees spent the evening in the bar, where people would have been unmasked. I also saw a lot of people wandering around with a pint in one hand, which was apparently an excuse to go unmasked because you were drinking.

All this is worth bearing in mind as we slowly move back into convention culture. I think we are past the stage where a con can, on its own, keep attendees safe. There’s too much else going on, and too much of wider society has swallowed the political claim that the pandemic is “over”. We can, however, be aware of things that make us more or less safe, and act accordingly.

Next month I will be off to Finland for Åcon and an academic conference. I will be interested to see how different those experiences are.