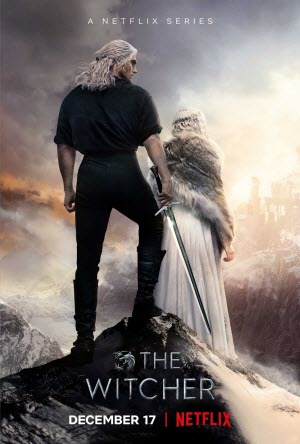 Season 2 of The Witcher was much more of a conventional story arc. Personally I didn’t have any difficulty with the multiple timelines of season 1, but then again I have read an awful lot of speculative fiction. It was disorienting in Iain Banks’ Use of Weapons, now it is just normal.

Rather more disorienting was the sudden change of Ciri’s look from frightened child to confident and sexy young princess. How she managed it overnight without access to make-up is a bit of a mystery, but then this is a fantasy series.

But while there is a story arc of sorts here, this season felt a lot like the middle book of a trilogy. There was a lot to be explained, a lot of character background filling to do, but not a lot happening. Even the “Yennifer loses her magic” thing didn’t seem to have much point to it. It was nice to have a thinly disguised version of Baba Yaga as the big bad of the season, especially as we got an actual hut with chicken legs, but again it felt that this was something inserted to provide conflict, not something central to the storyline.

Rather more interesting was the Jaskier’s reinvention of himself from Witcher Sidekick to Social Justice Warrior. He’s involved in some sort of underground railroad helping elves escape Redania. This is especially poignant now as the series is based on fiction written in Polish, and one of my Polish friends is currently involved in a project to help marginalised people escape Ukraine. Anyway, it was good to have Jaskier back.

It was odd to have Jaskier do the “first they came for the elves, but I was not an elf…” thing, but little political moments like this are increasingly common in TV (see also Star Trek). Hopefully it pisses off the Puppies.

The real plot, however, revolves around Ciri, her uncontrollable magic, and her role in the destiny of the Continent. This is the point when it becomes useful to have a geek like Istredd involved, because someone has to do some actual research. I confess to having been highly amused by the scene in which Geralt and Istredd finally meet up and have a pissing contest about whose pet name for Yennifer is correct.

The season ends with a massive shock reveal and the hope that season 3 will be more focussed on the main plotline. We might event get a classic fantasy trilogy plot structure rather than an aimless “more stories set in the world of” thing. For that they are sensibly doing spin-offs. So yes, next on my list to watch will be Nightmare of the Wolf.