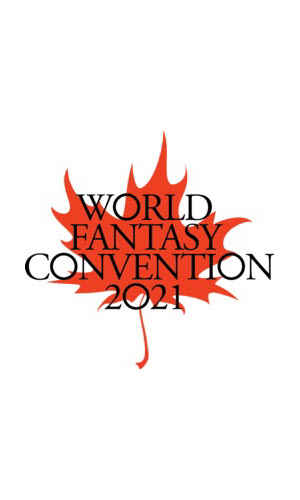 So, I did it. I travelled by air to a convention in another country and I am still alive.

Of course I don’t think I would have done that if it had not involved Canada. Yes, the regulations for travel were somewhat opaque and scary, but at least Canada seemed to be taking the pandemic seriously. So did their national airline. The UK is, of course, notoriously lax. No way was I going to risk the trains, but Heathrow wasn’t too bad. And Canada let me in. Once there, most people were masked most of the time, even outside. It felt very safe.

The convention was very small. Typically, Word Fantasy attracts around 800 people, maybe 1000 in a good year. In Montréal my guess is that there were around 200. But, because the venue had been hired on the expectation of a typical attendance, we rattled around like peas in a rain barrel. The dealers’ room and art show were very sparse, and the panel attendance allowed plenty of room for social distancing. I understand that the convention lost money, though not a disastrous amount.

In view of this, the con made a serious attempt to open up programming to those members who could not attend in person. Many program items were live streamed, and some were genuinely hybrid. That sentence requires a little unpacking.

A wholly virtual convention exists purely online and takes place entirely through technology such as Zoom. The audience can watch, either directly through the conferencing software, or in many cases because the panel is streamed via something like YouTube.

In person conventions can live-stream events, also via something like YouTube. Worldcon has been doing this with the Hugo Awards ceremony for many years. Doing it with programming simply requires more tech, and more people to operate the tech. Bristol live-streamed on room this year (and you can watch it here).

On the subject of live streaming, the convention was supposed to be streaming a ceremony for the SF&F Rosetta Awards (for SF&F in Translation). When I got there, I discovered that they were expecting me to host this. And then there were problems accessing the recorded acceptance speeches. I ended up recording a bunch of words that I hope were eventually spliced with those speeches to form a ceremony, but I haven’t seen it. If anyone has, I’d love to know if it turned out OK.

Back with the matter in hand, the exact meaning of a “hybrid” convention is a little unclear. Some people claim that for a convention to be truly hybrid then virtual attendees have to have exactly the same access to the convention as in-person attendees. However, such statements are generally followed by, “and that’s impossible so we shouldn’t bother to try.” Hybrid program is possible to some extent. Here’s what WFC did.

One program room was set aside for the hybrid panels. In it there was a Very Large TV, and the usual head table. In person panellists sat at the table as usual. Virtual panellists attended via Zoom and were visible to the in-person audience on the Very Large TV. One of the jobs of the moderator was to ensue that the virtual panellists got a fair share of speaking time.

I was on one hybrid panel. Derek Kunsken, who was a last-minute stand-in moderator, did a fine job of making sure we all got to speak, including our virtual attendee, Eugenia Triantafyllou, who I believe was in Sweden.

One of the benefits of hybrid panels is that it puts a stop to the idiots who insist that they can be heard asking a question from their seat rather than coming to the audience mic. No matter how good your voice projection is, the virtual audience will not hear you unless you come to the mic. We did get a number of audience questions, but they were all in person. I do not know if virtual attendees were able to ask questions. Or indeed how well they could see Eugenia. However, it all worked much better than I’d expected. My congratulation to Deanna Sjolander and the tech team for making it happen.

It would be nice to say that this bold experiment in hybrid programming had opened up a new era of diversity and inclusion for World Fantasy, but I had reason to attend the World Fantasy Board Meeting and I’m sorry to report that nothing of the sort is likely to happen. Indeed, one of the fist things I noted was one of the Board saying that virtual and hybrid conventions were too much work and World Fantasy should get back to being in person only as soon as possible. Which, of course, means almost always being in the USA. No one challenged this.

If you are thinking of bidding to run a World Fantasy, I also note that the Board seems to have learned nothing in the last decade and is as keen as ever on micro-managing the conventions that it sponsors. It is entirely possible that if you have a tough enough leadership then you can stand up to their bullying, and protect your staff from it, but it won’t be fun.

Aside from my panels and the award banquet, I attended very little of the convention. It was in Montréal, after all. We ate very well. Also Kevin and I both had work commitments because now that everyone can work from home you get expected to work from holiday too. Montréal is a lovely city, and I’d love an opportunity to go back. (There’s a major trans health conference there next September.) But I think first I need to see what is involved in going to Finland.