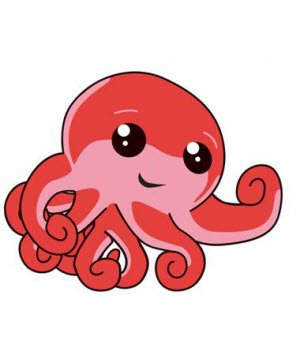 Online conventions are very common these days, so to stand out you have to do something good. There are various ways in which you can do that. FIYAHCon, I understand, had some top quality programming. They paid people for it, and therefore they charged people to attend. FutureCon is free, and has program participants from a range of countries that you would not find represented at other conventions. What can Irish fandom bring to this?

Well to start with Octocon 2021 was free to attend. Many of the panels and talks were recorded and will be available on the convention’s YouTube channel in due course. I don’t blame them for not having the material available yet. The weeks after a convention are always a period of exhaustion for those involved in running it. In the meantime you can enjoy the panels from last year.

The programming was very varied. There are panels on comics, TV and film, and gaming as well as book and fandom-related panels. Also they had the legendary Shelly Bond as one of their Guests of Honour. If you know anything about comics, you should know how exciting that is.

I’ve run a Discord server for an academic conference once, and it was very clear to me that the folks running the Octocon Discord knew far more about the platform than I do. I’d love to pick their brains before I have to run one again.

I’m not convinced about Discord as a platform for virtual dealers’ rooms. I had one. A small number of people did pop by to say hello. Two said that they had bought books. But the experience was nothing like having an actual table, and I had no way of knowing how much I actually sold as a result.

I did two panels, one about how to avoid making your aliens stereotyped stand-ins for human minorities, and one about “treasures of the past”. The latter I was well wound up for because it had been one of those weeks on Twitter when twenty-something fans were bitterly complaining about the total lack of various types of fiction in “the past”, by which they meant before they started paying attention. I’ve come to the conclusion that anything more than 20 years old is “the past” now because it is before a lot of younger fans learned to read.

Anyway Samuel R Delany exists, and indeed is still alive. Check out what he was publishing in the 1970s.

Back to Octocon, though. It was a lot of fun, and I didn’t need to leave home to attend. Next year will be different. They are going back to in-person events, and they have booked conference space at Croke Park. If you don’t know what this means in terms of Irish culture and Anglo-Irish relations, Google is your friend. I would love to go. But, thanks to Brexit, it seems highly unlikely that I will be able to sell books there.

There’s one more thing I’d like to mention. Some conventions like to raise money for charities. Octocon is one of them. This year their charity was BelongTo, an organisation that supports LGBT+ youth. I was so very impressed.