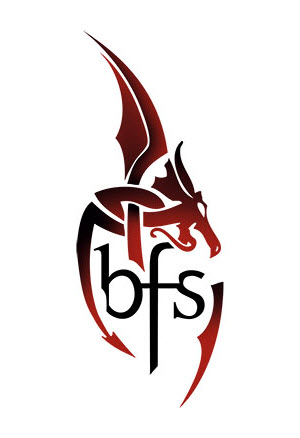 Dear Goddess, an in-person convention! How did that happen?

Yes, last weekend I drove up to Birmingham with a boot full of books, mainly copies of Juliet McKenna’s The Green Man’s Challenge, which was being launched at FantasyCon. I spent an entire two days in the physical company of other SF&F people, something I had not done since BristolCon 2019.

The biggest problem with FantasyCon turned out to be finding it. Central Birmingham is in the process of being completely dug up and re-vamped to make way for a tram network. Naturally no one’s SatNav had any idea this was happening, and getting to the hotel proved every bit as difficult as finding one’s way into a mythical labyrinth. The process went a bit like this.

SatNav: You are going the wrong way up a one-way street.

Me: I’m following the diversion signs.

SatNav: As soon as possible, make a u-turn.

Me: Then I would be going the wrong way on a one-way street.

Eventually I put my car in a public car park and walked to the hotel. Thankfully the convention staff were very helpful. They not only managed to explain which small and well-hidden back street I needed to turn up in order to get to the hotel, they also helped me unload the books. Top class service.

There was a fair bit of talk on Twitter in the preceding week about the Con not having a COVID policy. Having been there, I don’t see how they could have enforced one. The hotel had given up on social distancing and none of the staff wore masks. There were lots of other people in the hotel, and most of them were maskless too. Most of the restaurants in central Birmingham had also given up on social distancing, and many of them were rammed to the rafters with customers. The entire city centre was a spreader event waiting to happen. But I don’t seem to have caught anything, which is a massive relief.

I did three panels and two book launches. One of the panels I only found out about when I was checking my phone while stuck in a traffic jam on the M5 on the Friday afternoon. But that was a panel on gender which was great fun and I’m pleased I did it. The other panels went well too.

My first book launch was for Luna Press Publishing’s Worlds Apart, a collection of academic essays on worldbuilding. My own contribution is on “Worldbuilding with Sex and Gender”. I was pleased that Adrian Tchaikovsky was in the audience so I would tell him I’d cited his thoughts on the mating habits of intelligent spiders. (Yes, the females do still eat their mates.)

The other book launch was for The Green Man’s Challenge. We had rather fewer people than I’d hoped, but my guess at attendance was based on the assumption that most FantasyCon attendees would already own the first three books in the series. As it turned out, we sold more copies of The Green Man’s Heir than of the new book. Which is excellent news because all those people will hopefully go on to buy the other three volumes.

Being a dealer at a convention is a relatively new experience for me, and that means I am getting a fresh appreciation of the difficulties they face. People have been telling me this over the years (hello Rina and Jacob!), but it is inevitably different experiencing it for yourself.

For the benefit of future FantasyCons, here are a few requests from the Dealers’ Room.

Firstly, if you don’t open until 10:00am on Saturday, there’s no point in opening at 9:00am on Sunday. I don’t think a single sale was made by anyone in that first hour of Sunday morning, and I could have had a more relaxed breakfast.

Second, some of us do want to go to the banquet and awards, so please don’t schedule it so that we have to close down the stall, load up our cars, and change into our awards finery, in precisely zero time. Ideally, don’t have the banquet and awards on Sunday afternoon at all. Have them on Saturday evening when everyone has plenty of time, and when it doesn’t matter if we celebrate because we don’t have to drive home until the next day.

All of that said, I think I did reasonably well. I didn’t cover the cost of the dealer table, but I did sell a lot of books and hopefully I have found Juliet some new readers. I certainly did better than several of the dealers, some of whom gave up and went home on Saturday.

There were awards, of course. I was delighted that Luna Press Publishing won Best Independent Press. There were a lot of other good results too. The full list of winners is here.

FantasyCon 2022 will be at Heathrow, so perhaps we shall get a few foreign visitors, and a lot more Brits. I’ve already booked up.

Finally a small personal note. I discovered in Birmingham that my hearing has deteriorated somewhat over the past two years. I’m fine in small groups, and in online meetings, but in a large room with a lot of ambient chatter I have great difficulty hearing people. This inevitably means that I will be spending less time in bars at conventions. People going to World Fantasy please note. I’m not being deliberately rude.