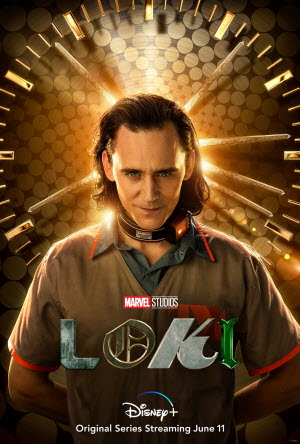 Do not read this if you haven’t seen the series, or have seen it and don’t want things that go on in it explained.

Thank you for sticking with me. What I’m going to do here is look at the series and its connection to the Marvel Comics Universe. As you will see, the Cinematic Universe team have not followed the comics slavishly (not should they, the comics continuity is a mess). Nevertheless, it is interesting to see what has been done.

Let’s start with the Time Variance Authority. Somewhat to my surprise (because I have never followed Thor much), they are not new. They first appeared in Thor #372 in 1986. However, this incarnation of the TVA was a homage to an earlier version of a timeline monitoring organisation originally used in the Alan Moore and Alan Davis run on Captain Britain in the early 1980s. It is perhaps not surprising that a couple of British writers came up with something quite so close to a Doctor Who plot, and in fact the stories first began publication in Doctor Who Monthly. This particular storyline also features one of my favourite superhero groups, The Special Executive.

The original TVA was created by Walt Simonson and Sal Buscema and was also an homage to their friend and colleague, Mark Gruenwald, who was Marvel’s continuity expert. He literally was the Guardian of Marvel’s Sacred Timeline, and all the TVA staff, including Mobius, were drawn as Gruenwald clones.

Where the TV series begins to deviate from the comics original is in the character of Ravonna Renslayer. That’s a name that is well known to Avengers fans. Originally she was the love interest, and single weakness, of one of the Avengers’ greatest foes, Kang the Conqueror. Introducing her to the TV series was a clear indication that Kang would be the primary villain, though how they manage that relationship has clearly been put back to Season 2. The original Ravonna was a princess of a world that Kang had conquered, not a teacher from Earth, so there are definitely changes in store.

So “He Who Remains” is Kang, right? Yes, obviously, if only because it had already been trailed that Kang would be the villain in the next Wasp (and Ant Man) movie, and that he would be played by Jonathan Majors. QED.

However, Kang has come a long way since his first appearance in Avengers #8 in 1964. As a time-traveling megalomaniac (and possibly a descendant of Victor von Doom), he has had many lives. The whole story about a war in the multiverse between rival versions of Kang was taken from the comics. It is likely that He Who Remains is only one version of Kang that Majors will get to play. Personally I want to see him as Rama-Tut.

Alioth too is a character from the comics, and closely associated with the Kang/Ravonna storyline.

Which just leaves us with Sylvie. She’s a Loki variant, right? Well, not exactly.

You will remember that Sylvie keeps talking about enchanting things. It is what she does. Well, back in the day, Thor had a lot of trouble with an Asgardian magician called Amora and known as The Enchantress. She and another Asgardian villain, The Executioner, became part of Baron Zemo’s Masters of Evil, and were therefore regular Avengers enemies. In the comics she’s still up to her tricks, but if she existed in the MCU then she presumably died in Ragnarök.

Meanwhile, a teenager on Earth got given Amora’s powers by Loki. She is called Sylvie Lushton, and she later becomes a member of the Young Avengers alongside characters such as Wiccan & Speed – Billy & Tommy Maximoff (whom we met in Wanda/Vision), Patriot – Elijah Bradly (whom we met in The Falcon and the Winter Soldier); Hulkling – Teddy Altman (a skrull whom I expect us to meet in the Nick Fury & the Skrulls movie) and the new Hawkeye – Kate Bishop, who we will meet in the forthcoming Hawkeye TV series. The team also includes Kid Loki, who featured in the multi-Loki cast at the end of time. As you can see, there’s a lot of forward planning being done.

Incidentally, Sylvie Lushton was created by Paul Cornell, who has written Doctor Who TV episodes, so there’s another nod to the Time Lord in the Loki series.

Not knowing all of this is not going to spoil your enjoyment of the Loki TV series. Indeed, I have been fascinated by the way in which people who are obviously entirely unfamiliar with Avengers lore have approached the series and enjoyed it. Then again, not knowing that the reason Kang is eating an apple in the season finale is because he claims to have knowledge of everything, and is tempting Loki and Sylvie with that knowledge, won’t spoil your enjoyment either. But you can be sure that it wasn’t an accident.

That, however, is another story.