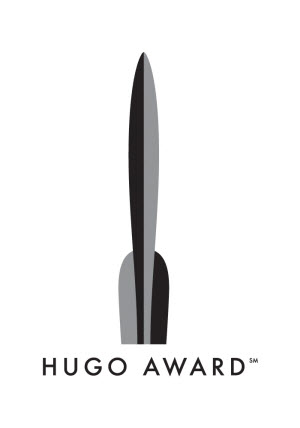 Another month, another meltdown on the Worldcon/Hugos front. Can’t we be better than this? Apparently not.

Early this year there was a huge fuss when DisCon 3 released policies suggesting that they would effectively be limiting the number of people who could be part of a finalist group to 4. Naturally a bunch of people were upset by this, and it ended up with most of the WSFS Division people resigning, and then with one of the co-chairs resigning. There were promises that things would be done better.

Then the list of Hugo Finalists was announced, and there was more drama, mostly because DC3 had failed to explain conversations that had taken place with Strange Horizons regarding their listing of some 87 or so people. This misinformation resulting from that is still being widely spread. You can see an explanation of the situation here.

This month an email was sent to Finalists explaining that, contrary to promises made in January, only 4 people from each Finalist group (and their +1s) would be allowed at the pre-ceremony reception. It wasn’t entirely clear why, but space and budget seemed likely explanations. There was also a strange comment about only 38 people being allowed on stage at any one time, which I can only interpret as a dig at Strange Horizons. No one had bothered to check how many people from each Finalist were actually planning to be at the ceremony.

Shortly thereafter most of the Hugo Admin team, and the head of WSFS Division, resigned. Apparently they had been unhappy, not only with the email they had been told to send out, but also with other aspects of how DC3 was planning to treat the Hugos.

As I am a finalist this year, I got to hear rather more about this than most people. In particular we got invited to a meeting (organised by the ever-resourceful Mary Robinette Kowal – thanks MR!) with a couple of representatives of the convention. One of those was Gadi Evron, the head of Events, and therefore the man in charge of putting on the Hugo ceremony. He assured us that there were no problems with space or budget.

All of which means that the email sent to finalists contained information that neither the Hugo Admin team, nor the people involved in running the ceremony, agreed with. I took a look at the organisation chart of the convention, and it was clear that there was only one person with the actual authority to overrule two separate divisions in that way.

There is, by the way, a potential issue with regard to time. I understand that there has been a lot of pressure on Gadi and his team to keep the ceremony time down below two hours. That’s understandable given last year’s embarrassing blow-out. However, the more categories we have, and the more people who are part of winning teams, the harder that becomes. Also if you are doing a hybrid ceremony to bring in winners who can’t attend, that is likely to add to the time. There’s a real conflict that Gadi has to deal with here, and maybe he can’t make everyone happy. My own view is that as long as the show is good, people won’t mind how long it runs. They only complain about the time the ceremony takes when they are bored stupid by it.

That is where we are at the moment. We do have a new head of the WSFS Division (commiserations, Linda Deneroff). We don’t yet have a new Hugo Admin team, but that will doubtless appear soon. And the con currently has no chair. Thankfully Worldcon is a dinosaur and is perfectly capable of running around for a few weeks without its head.

Naturally there has been much wailing and gnashing of teeth. Lots of people are asking why this keeps happening, and what we can do to stop it happening again. Over at File 770 the retired colonels of fandom are harrumphing away about kids these days. Apparently this is all the fault of Strange Horizons, middle-class British people, and Archive of Our Own. I don’t think they have blamed woke liberals and the Black Lives Matter campaign yet, but I’m sure it is coming.

But what can we do? Not much. There is one administrative fix that I will get out of the way first, but a proper solution will be much harder to make happen.

In traditional Worldcon organisation charts, WSFS Division exists to manage the three things that every Worldcon is mandated to do: run the Hugo voting, Site Selection and the Business Meeting. But this doesn’t make a lot of organisational sense. The Hugo ceremony is normally run by Events (and the post-ceremony party by someone other than the Worldcon). The Business Meeting is a program item. And Site Selection is done at a table in the Exhibits Hall. It might make more sense to split the WSFS functions between those three divisions, because they have nothing to do with each other save for all being mandated by the WSFS Constitution. At Glasgow in 2005 Kevin and I had the whole of WSFS as part of Events, and that seemed to work OK.

That might help, but it is only a small fix. It doesn’t get to the root cause of the problem, which is that each Worldcon is a law unto itself, and all too often it ends up re-inventing the wheel. Lots of people are asking for more institutional knowledge to be passed on from one year to the next, but we’ve been asking for that for decades now and it doesn’t work. Nicholas Whyte, the recently departed head of WSFS Division, has oodles of experience of running the Hugos. He seems to have quit because he felt that he wasn’t being listened to. Gadi Evron was Deputy Division Head of Events in New Zealand, so he has masses of experience of what not to do, and certainly sounds like he learned a lot from it.

The problem is not individuals, the problem is the system. It is the bidding system, which encourages committees to become emotionally attached to the idea that they need to show they can put on the Best Worldcon Ever. It is the one-year nature of the event, which means that individual Worldcons have no incentive to consider the long-term good of the event, the Hugos and WSFS. And it is the total lack of meaningful sanctions for any Worldcon committee that messes up.

Various people have been calling for the Hugos to be separated from Worldcon, and a permanent (possibly professional) organisation to be set up to run them. The trouble is that most of the people calling for this have no idea how to make it happen, and that means that it won’t. It is possible, but it requires people to do some actual work. And yes, it means that significant numbers of people have to attend the Business Meeting.

In fact the first thing that you will need to do is destroy the Business Meeting, because if you don’t the people who go there every year will just reverse your changes the minute you stop paying attention. I know that a lot of people, Kevin included, enjoy the BM, but ultimately it is a means to an end. Participatory democracy is wonderful in theory, but once you get above a few hundred people in your community it becomes unworkable. It wouldn’t even have worked in Athens if they had given women, slaves and foreign-born residents a vote. (This may surprise you, but Kevin agrees with me on this.)

So you need to change the WSFS Constitution to make it into a membership-based organisation that has some sort of elected management. And you need to put that management in charge of running the Hugos. There’s a lot else that you could do as well, but that’s the absolute minimum and when it comes to getting things through the Business Meeting the less that you have to debate the better. One you have got rid of the BM it will be a lot easier to make other changes.

Oh, and then you will need to make sure that you are a WSFS member and that you help to ensure that sensible people get elected to the management group. The reason that fandom has always been so heavily opposed to having such a thing is that if the wrong people get elected to such a thing, then you are totally and utterly screwed. Us middle class Brits can attest to that fact, because we (as a nation) voted in a far-right government with a massive majority.