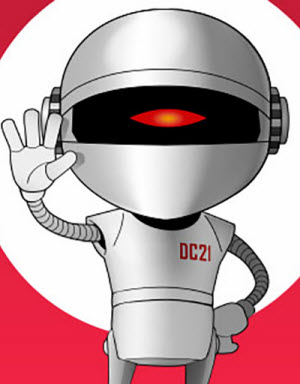 So, Worldcon in December it is. What are we supposed to make of this?

The first thing to note is that DisCon III has done what people said they wanted. They ran a survey that anyone was welcome to respond to, and 64% of respondents said they would prefer an in-person event in December, as compared to 31% who would prefer a virtual event in August. Obviously I voted for virtual, as I can’t attend events in the USA, but not enough people who can’t attend, for whatever reason, cared enough to vote, so Worldcon is once again being arranged primarily for people who can attend in person.

However, DisCon III has committed to having some remote content. They have even launched a Virtual Membership class. The trouble is, it is not at all clear what that means. Here’s what they say in their FAQ on the date move.

A Virtual Membership is part of our commitment to providing online content for those who either cannot, or choose not to, attend in-person. We also will maintain our commitment to have three streaming tracks of program items during the convention.

That suggests that there will be some online content in addition to the three streaming tracks of programming. Their Membership page says:

So again three tracks of streamed programming, but nothing else specific yet.

This leaves me wondering what I would get for my extra $55, if I were to upgrade from Supporting to Virtual. Clearly there will be three tracks of programming, but they may well be restricted to Washington time. A 5-hour time shift isn’t too bad, but I have no idea what will be in those tracks. My guess is that Programming will look at stream the material it thinks will be most popular. Generally, the programming I go to at Worldcons tends to be focused on minority interests.

What else will we get? Will there be a convention Discord server? Or some other social platform? Will there be online programming in addition to the streamed tracks, and if so will any of it be outside of the usual convention times? I ask this as someone who is a) a Hugo Finalist, and b) someone who very specifically is a Hugo Finalist for providing online programming out of hours for last year’s Worldcon. Please do not tell me that it cannot be done, because I have done it.

Obviously DisCon III hasn’t had much time yet to put its virtual offering together. But I hope that they come out with some more information soon. The past year has shown that running virtual conventions is perfectly possible, and one of the great things about such events is that your programme participants can be drawn from a much wider pool of people than just those who can afford to got to an event in person.

Worldcon can, of course, chose to remain a convention that is primarily for people who can attend in person. But if it does so then it will inevitably turn back into an event that almost always happens in the USA, and whose attendees are mostly American. Meanwhile other conventions will be much more international, and much more successful as a result.

Talking of where Worldcon is held, there is a potential crisis brewing over site selection. Prior to the change of dates, only two bids had filed in the contest to hold the 2023 Worldcon: Memphis (USA) and Chengdu (China). When the date change was announced, DisCon III said that it had closed submissions for site selection, and would not be re-opening them. However, the WSFS Constitution says:

4.6.3: For a bid to be allowed on the printed ballot, the bidding committee must file the documents specified above no later than 180 days prior to the official opening of the administering convention.

That’s all. As long as you file no later than 180 days prior to the official opening of the administering convention then you are entitled to be on the ballot. Many people who know the WSFS Constitution far better than I do have already argued that DisCon III is required to accept any new bids up until 180 days before their official opening (which will presumably now be December 15th).

Of course none of this would matter if there were no other bids. However, just this week a new bid appeared. It is for Winnipeg in Canada, which has the appeal to me of being in a country I am able to visit.

So the question arising from that was, would DisCon III accept this new bid (and any others that might come in before the deadline)? Or will they stick to their guns and accept only the Memphis and Chengdu bids?

As of just a few hours ago, DisCon III announced that they would accept Winnipeg’s filing. However, they did so in such a way as to imply that doing so was entirely at their discretion, which further implies that they don’t think that they have to abide by the WSFS Constitution in any way. This is really quite disturbing, because if they get away with it then subsequent Worldcons will do so as well, and each deviation from the rules is likely to be more serious.