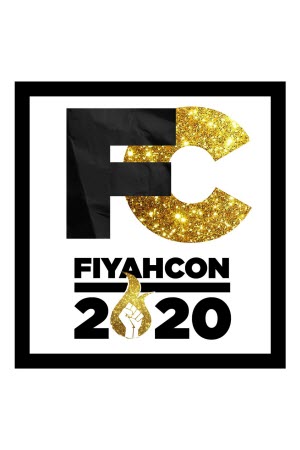 FIYAHcon was not for me. I went along anyway to see how they did, and to listen and learn.

It seemed to go very smoothly. I don’t think that they used a wrapper for Zoom, but the panels ran OK. Some of the moderation was a little dodgy, but that was true of FutureCon and Futuricon as well. Practice makes perfect, and Tempest Bradford did a fine job with the Lovecraft Country panel.

The thing that struck me most about FIYAHcon was the sheer excitement and enthusiasm so many of the attendees showed. Here was a large group of fans who happened to be people of colour, and who for years had felt nervous in the mostly-white spaces of traditional conventions. Now at last they had a convention created by them, for them, and they were loving the freedom that they felt to express themselves. It was absolutely delightful.

The con was very well attended as well, despite having a non-trivial membership fee. I think there were around 1000 people online. That’s great, but it also seems to be the point at which using Discord for panel discussion seems to break down. As with at WisCon, we got to the situation where comments were flying by so quickly that it is was impossible to have a conversation. Much of the content was squee, and I totally understand why that was happening, but it is something for the ConCom to think about for future iterations.

There will, of course, be future iterations. As with FutureCon, I expect FIYAHcon to be a regular feature of the convention scene for years to come. This will be a challenge for established conventions such as Worldcon and World Fantasy. I saw a comment on Twitter, I think from Jared Shurin, that one of the good things about FIYAHcon was that the committee cared more about the convention than their own egos. This is spot on. One of the biggest problems that Worldcon faces is that, having won the right to hold the convention, each year’s ConCom is then heavily invested in proving that their Worldcon is the best ever, rather than doing Worldcon well.

FIYAHcon (and FutureCon) will have the benefit of having an established team running the event year after year. That brings with it a different raft of problems. There will be burnout. There will be rivalries within the ConCom. There will be a tendency to not want to change because change is scary. But these are still a way off. I very much look forward to seeing what they do next time.

Much of the FIYAHcon content is now available to re-watch, but you do have to have to have been a convention member to access it. As it was only a week ago, I haven’t had time to check it out yet, but there’s quite a bit that I want to catch up on, including several of the Fringe items which happened when I was asleep.