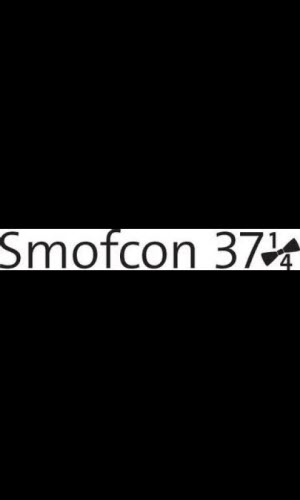 Like everything else this year, SMOFcon got hit by COVID-19 and went virtual. And because SMOFcon is very much about getting people together, it had to re-invent itself somewhat. The result was a cut down version known as SMOFcon 37¼ to its friends, and 37.25 to Microsoft Windows.

I had to miss most of the convention as I was scheduled to speak at an LGBT History event in London (virtually, obviously) on the same day, but I did get there in time for the final two panels and the post-con party.

The stuff I missed was all Fannish Inquisition type material. In particular people are likely to be interested in the questions for seated Worldcons, which you can find here.

The first session I saw was a retrospective on CoNZealand featuring the co-chairs, Kelly Buehler and Norm Cates. Obviously this year was even more traumatic than usual, but being a Worldcon chair is hard. There’s a reason why the “Friends Don’t Let Friends Run Worldcon” badge exists. There are lots of things that a Worldcon chair can do to help ensure a successful event, but when the thing is actually happening there are only two main things that the chair can do. One is authorising the spending of money to solve problems, because you will have budgeted carefully and will you finally have some idea of how much surplus you are likely to have. The other is to stand up and take it on the chin when things go wrong and angry fans are looking for someone to blame. One of these things is far more fun than the other.

Anyway, if you have any interest in what it is like being a Worldcon chair, I do encourage you to listen to what Kelly and Norm have to say. I’d also like to thank Kelly for the kind words, especially about Fringe. I hope you were listening, Mike Glyer.

The final session was also a retrospective and featured the chairs of several other conventions that also had to go virtual. The idea here, I assume, was to help people in similar situations. However, this being SMOFcon, much of the discussion was about staff and PR issues, not about the actual tech. It is still worth a listen as there are things going on in the tech sphere that I wasn’t familiar with, and which bode well for the future, but I was disappointed that it was so backward looking, and that there was no representation from the new, virtual-only events such as FIYAHCON and FutureCon. Apparently those two cons were approached so SMOFcon did try.

SMOFcon is, for the most part, a gathering for people who run Worldcons, and like any community that group of people has internal disagreements. One way you can subdivide Worldcon fandom is between those who see the event as a global celebration of science fiction, and those who see it as their annual holiday with friends they have known for decades. The former group is, I think, largely pleased with the extra reach that virtual conventions have given us. The latter group tends to complain about how virtual conventions are not the same, and hybrid conventions are impossible, and how we need to get back to in-person-only events as soon as possible.

One of the things that SMOFdom does when faced by radical change is to come up with a worst-case scenario and use that as an excuse as to why the change can’t be allowed to happen. So the argument about hybrid conventions is generally that it is impossible to have both in-person attendees and virtual attendees participating on an equal footing in every part of the convention, and that therefore we should not have hybrid conventions.

But in fact we have had hybrid conventions for some years now, because we have webcast the Hugo Award ceremony. The question we should be asking is not how to make in-person and virtual experiences the same, but what additional parts of the convention can be opened up to virtual attendees, and how much they should have to pay for that. These are questions we are looking at for the Tonopah Westercon.

SMOFcon failed to address those issues, but they will have to be answered at some point. My fear is that the answer will be, “none, we don’t want them, Worldcon is an in-person event.” And that will eventually kill Worldcon.